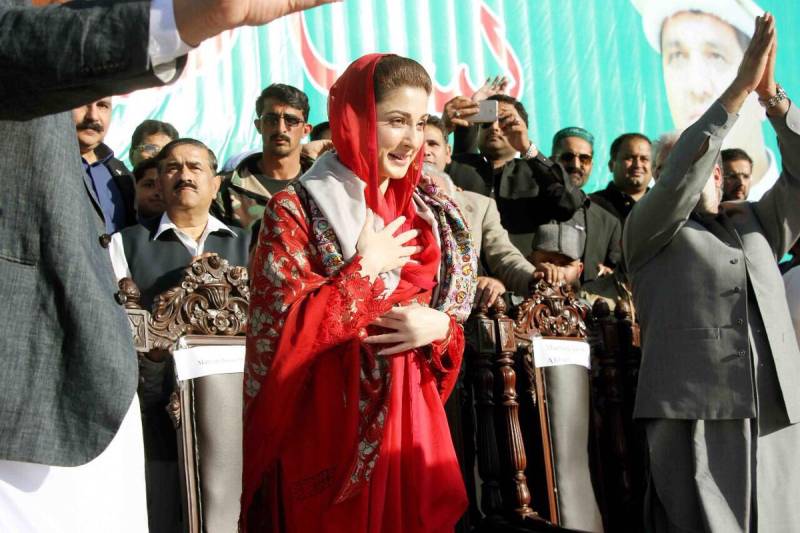 LAHORE - The daughter of former prime minister Nawaz Sharif, Maryam Nawaz has declared in her nomination papers that she owns more than 1,500 kanals of land and has millions of rupees worth of shares in multiple companies.

According to the affidavit submitted to the returning officer along with the nomination papers, Maryam had net assets totaling Rs845,953,559 on June 30, 2017 which had increased by Rs44,154,464 in the previous financial year alone.

The former first daughter has also declared that her agricultural land holdings have increased in each of the last three years and currently stand at 1,506 kanal on which she earned an income of Rs11,587,268 and paid 1,703,590 as the agricultural tax.

KARACHI- Former president Asif Ali Zardari has mentioned in his nomination papers that he possesses an iqama (foreign ...

Moreover, her nomination papers show that she had millions of rupees, Rs18,931,000 to be precise, invested in numerous companies.

The document further shows that Maryam paid Rs1,491,000 in taxes during the financial year ending on June 30, 2016, however, her payment to the taxman for the next year plummeted to Rs41,961.

Maryam, the daughter of a former prime minister, is running for NA-125 and NA-127 and facing corruption references in the accountability court of judge Muhammad Bashir as well.