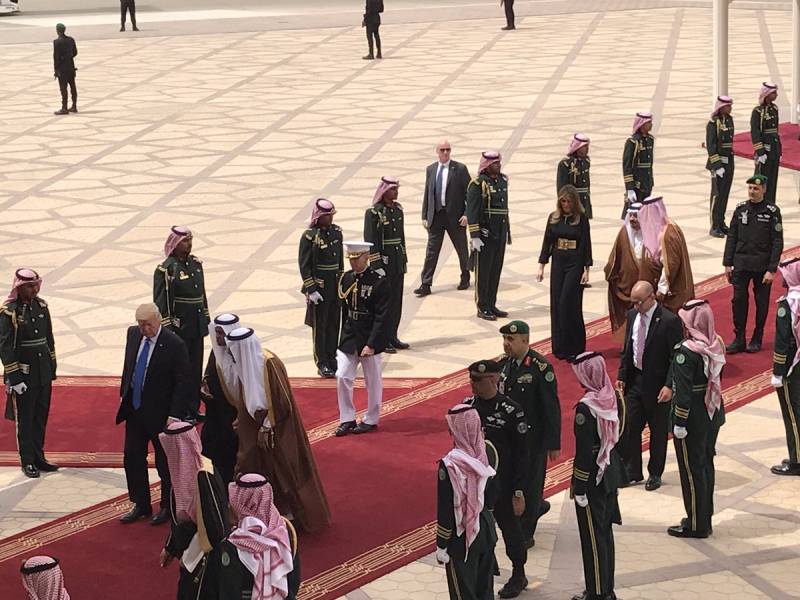 During his stay, he will attend the US- Arab, Islamic summit, at the invitation of King Suleman bin Abdul Aziz, besides holding meetings with the heads of several states, including Bahrain, Kuwait, Oman, Qatar, and the United Arab Emirates.

This Riyadh conference will put focus on new alliances to eliminate extremist groups. And the Saudis' overriding goal is to convince the US and others to put far greater pressure on Iran.

During his eight-day long trip, he will land in Israel, the Palestinian territories, Brussels, the Vatican, and Sicily.

On Sunday, he will deliver a speech to leaders of 50 Muslim countries to outline his vision for US-Muslim relations.

Hours before Trump's arrival, Saudi air defence units claimed to have brought down a rocket south of the capital, Riyadh, that was allegedly fired from Yemen by Houthi rebels.