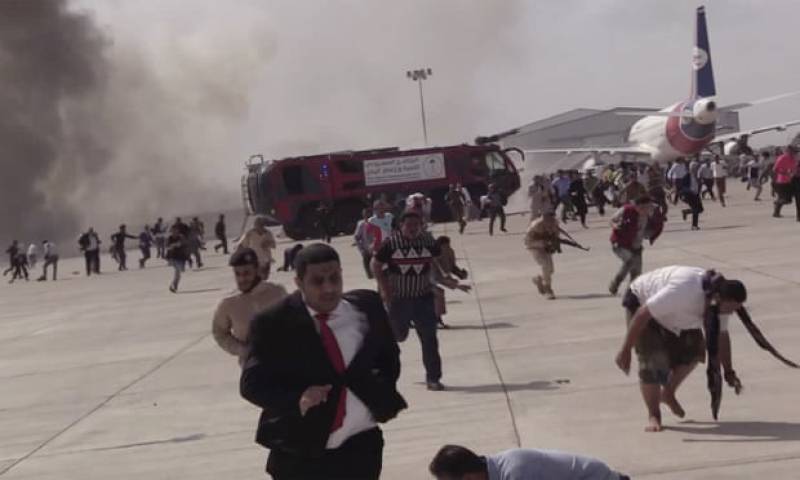 At least 22 people were killed and dozens more were injured in the attack.

No group has immediately claimed the responsibility for the attack while Yemen’s information minister Moammar Al-Eryani has held Houthis responsible for the attack.

The attack occurred after the new unity government landed at the airport after visiting Saudi Arabia.

#BREAKING: large blast and gunfire have been heard at Yemen’s Aden Airport shortly after a plane carrying the new government lands pic.twitter.com/5L52VMx4ZW

The cabinet members including Prime Minister Maeen Abdulmalik, as well as Saudi Ambassador to Yemen Mohammed Said al-Jaber have been shifted to the city’s presidential palace.

“We and the members of the government are in the temporary capital of Aden and everyone is fine,” Maeen tweeted from Maasheq palace.

“The cowardly terrorist act that targeted Aden airport is part of the war that is being waged against the Yemeni state and its great people.”