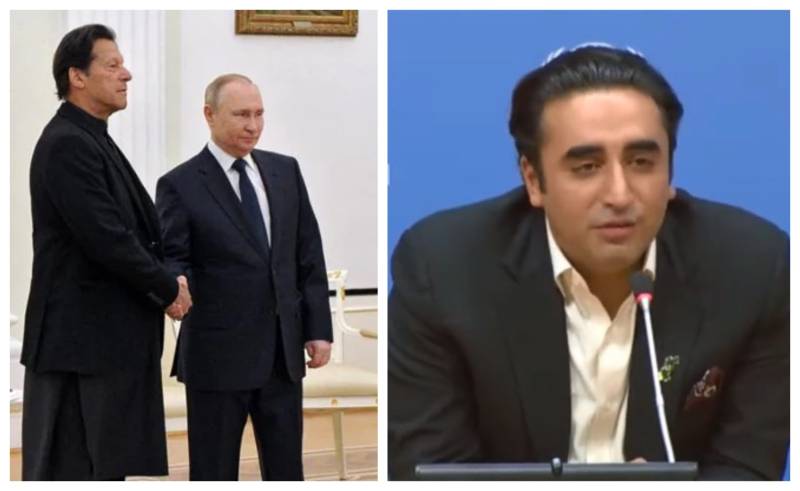 There was no way for the former premier to know that Russia is going to launch military operation in Ukraine on the day he arrived in Moscow, the foreign minister said while addressing a news briefing at the UN headquarters on Thursday.

When a journalist talking about Khan’s Feb 24 Moscow visit asked how the incumbent government will address the mistakes of its predecessors, Bilawal Bhutto replied:  “As far the former prime minister’s trip to Russia, I would absolutely defend the former prime minister of Pakistan. He conducted that trip as part of his foreign policy and without knowing that — no one is psychic, no one has a sixth sense — there’s no way we could have possibly known that that would be the time [when] the current conflict will start”.

ISLAMABAD – Prime Minister Imran Khan Friday said that an independent foreign policy is the key feature of the ...

“And I believe it is very unfair to punish Pakistan for such an innocent action.”

He said that Pakistan was stood by the principles of the United Nations, including that of non-use of force, on this issue.

“We would continue to emphasise on the importance of dialogue and diplomacy to resolve this conflict as soon as possible. And we will certainly not take any side or take the side of any aggressor within this context,” he added.

Bilawal further said that he would defend the former prime minister on some occasions.

“In his capacity as prime minister, the way he conducted himself in foreign policy, particularly in context of this Russian trip, I will go as far as to defend the fact that he did not know the Ukraine conflict will start on the very day that he was there,” the foreign minister said.