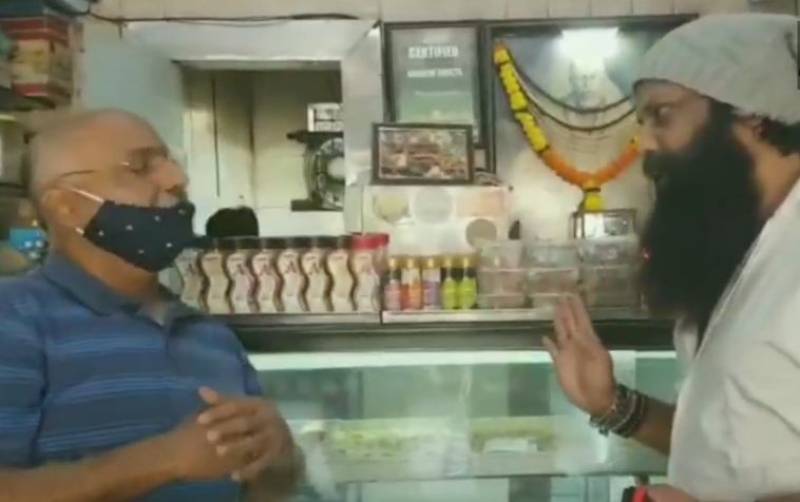 MUMBAI - In a recent incident, a leader of Shiv Sina party, a right-wing political party of India, harassed a local businessman for naming his sweets outlet after a Pakistani city.

Nitin Nandgaonkar, a key leader of the regional party which shares power in a coalition government in Maharashtra state, reached to the owner of famous Karachi Bakery and forced him to drop Karachi in its name.

In the video that was shared by the leader on his Facebook page, he can be heard saying: “I hate the name Karachi”.

Issuing threats, he also forced the owner of the famous bakery in Mumbai to change the name of the shop to something in Marathi language, besides giving him a deadline for it.

The show owner, whose ancestors had migrated from Pakistan during partition, has reported covered up the word Karachi on the signboard out of fear.

Another leader of Shiv Sena party, Sanjay Raut, responding to the incident called it an individual’ act, adding that it is not party’s official stance.