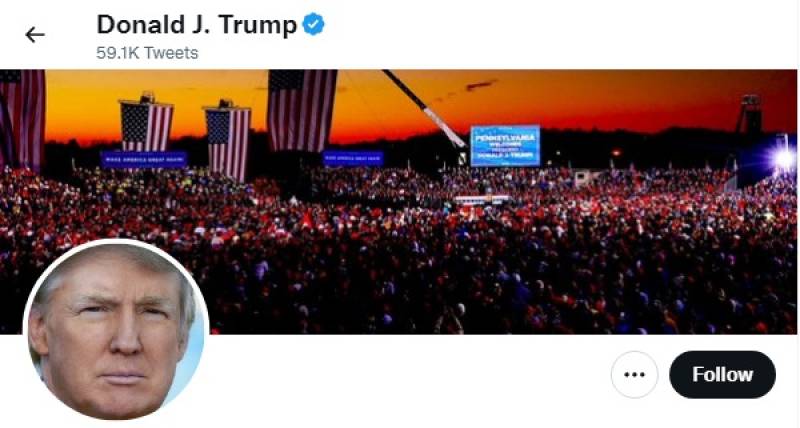 WASHINGTON – Twitter has restored the account of former US president Donald Trump days after after Elon Musk took over the social media company as its new owner.

An online poll was held by Musk to reinstate the Trump’s Twitter account. Out of total 230.7 million users, 15 million took part in the poll.

As per the results, 51.8 percent voters supported the restoration of the account while 48.2% opposed it.

The former US president was followed by 88 million people on Twitter at the time when its account was blocked.

The development comes days after Trump expressed his resolve to take part in elections again.

In January 2021, Twitter permanently suspended Donald Trump’s account for the glorification of violence after his supporters attacked Capitol Hill. Four of the civilians and a police officer died amid the riots.