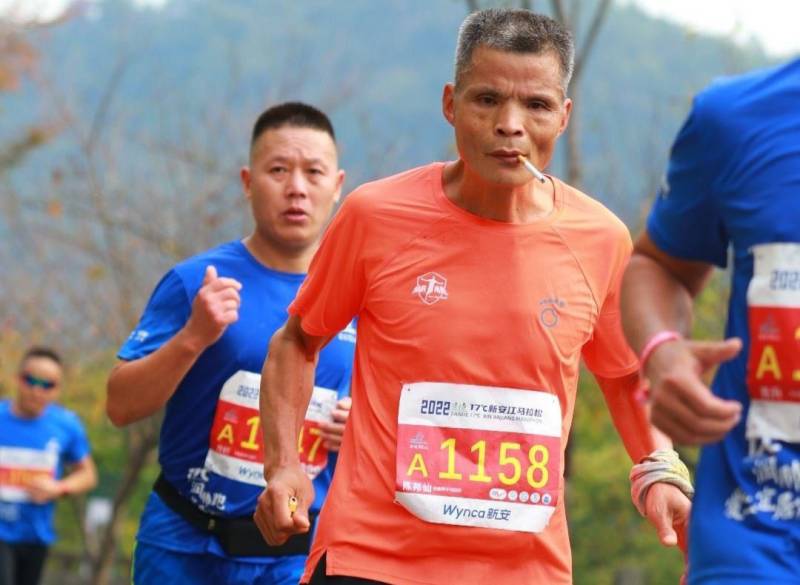 The top priority of a person running a marathon is to strengthen himself and improve his overall health, a Chinese man took an equally hilarious and ironic training step to prove that marathons might not really require a healthy lifestyle.

According to media outlets, the Chinese national - Chen - in his 50s was photographed smoking several tobacco cigarettes while taking part in the Xin'anjiang Marathon in Jiande, China, creating curiosity among millions of people to know the man's identity. Chen participated in the 42-kilometer marathon on November 6 and completed the event in three hours and 28 minutes while finishing 574th overall out of nearly 1500 runners who competed.

The organisers of the Xin’anjiang Marathon in Jiande City also shared his certificate of achievement, which not only proved that he took part in the event, but also that he ran the 42.195 km in a respectable 3 hours, 28 minutes and 45 seconds, ranking 515th out of thousands of runners.

Chen has also been spotted at the 2018 Guangzhou Marathon, the 2019 Xiamen Marathon, Lishui Ultra Marathon, and Lhasa Half Marathon. Reports suggest that the 50-year-old has also taken part in ultramarathons, with one spanning 50km and another lasting 12 hours.

A viral video of the event featured Chen wearing an orange T-shirt and shorts and running with a cigarette in his mouth.

For those utterly curious, Chen hails from Guangzhou and also goes by the name “Uncle Chen.”