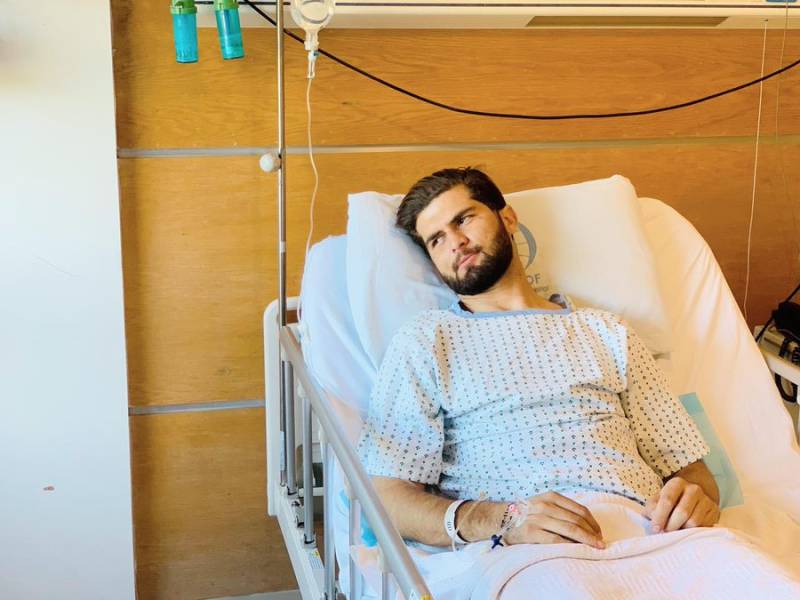 The left-arm star bowler took to Twitter to inform his fans about the surgery and said that he is feeling better now.

“Had an appendectomy today but Alhumdulillah feeling better. Remember me in your prayers,” wrote Shaheen.

Had an appendectomy today but Alhumdulillah feeling better. Remember me in your prayers. 🤲 pic.twitter.com/M70HWwl9Cn

Earlier, Shaheen had been advised two-week rehabilitation, according to the Pakistan Cricket Board on November 14.

“The scan conducted on Monday morning prior to the team’s departure for Pakistan, has confirmed there were no signs of an injury and the knee discomfort was likely due to a forced knee flexion whilst landing,” the PCB stated on Monday.

“The scans were discussed between PCB’s Chief Medical Officer, Dr Najeebullah Soomro, and Australian knee specialist, Dr Peter D’Alessandro, and it was reassuring to know that there was no injury. The left-arm fast bowler is feeling better and is in high spirits,” it added.

The PCB has also said that the left-arm pacer’s return to the cricket field will be determined by the medical staff.

It must be noted that Pakistan’s next international assignment is the three-match Test series against England on home soil, which starts on December 1.