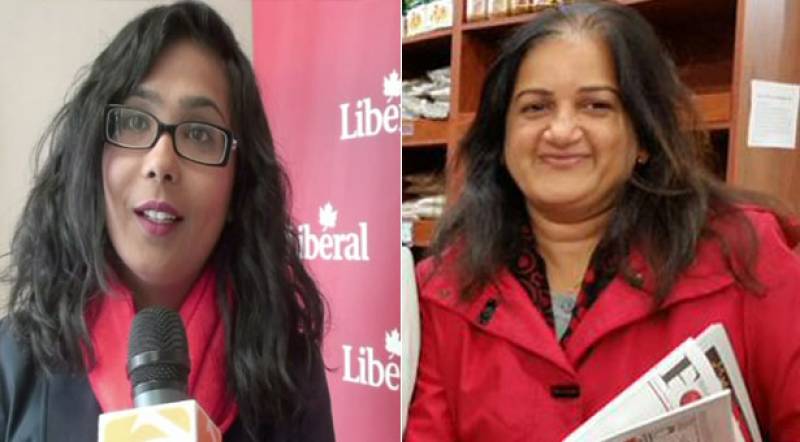 Among the candidates who attained victory were two Pakistani-origin women representing the Liberal Party of Canada.

Iqra Khalid won from her Erin Mills constituency in Mississauga, while Salma Zahid also attained victory from her seat in the Federal Riding of Scarborough Centre constituency. Khalid was also the youngest candidate for the Liberals participating in the general elections.

"We have to thank our community as this has been the best voter turnout ever in Canadian history," said Khalid speaking to a Geo News correspondent.

TV channels projected the 43-year-old Liberal leader Justin Trudeau, the son of a popular former prime minister – who ran a combative campaign and offered up what he called a bold "new vision" for the nation – would form a majority government with more than 170 of the 338 seats in the House of Commons.

Public opinion had swung wildly during the hard-fought campaign, one of the longest in the country's history, but final polling showed Trudeau's Liberals eight points ahead of Harper's Tories – an edge apparently borne out at the polls.

Early results showed the Liberals swept all 32 seats in Canada's Atlantic provinces, doubling their popular support in the region, and scored well in key Ontario and Quebec provinces.

The party came from behind late in the campaign, with Trudeau – the eldest son of Pierre Trudeau, considered the father of modern Canada – promising "not just a change in government, but a better government."

For many Canadians, the election was a referendum on Harper's stiff management style, as well as who would be best placed to put the country's struggling economy back on track.

Trudeau was elected Liberal leader only two years ago, coming after two past leaders failed to unseat Harper in 2008 and 2011 and subsequently resigned.