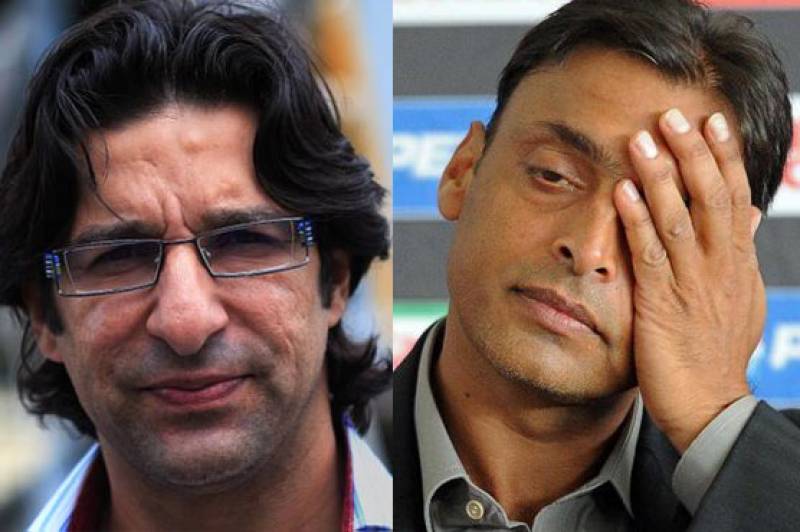 NEW DELHI (Staff Report) - Former Pakistani pacers Shoaib Akhtar and Wasim Akram have been asked to go back to Pakistan ahead of fifth one day international match between India and South Africa amid growing security threats for Pakistani cricketers in India.

Both cricketers have been commentating in the ongoing India and South Africa ODI series.

According to Waseem Akram's agent Arsalan Haider the fast bowler will be returning to Pakistan on October 23 along with his Pakistani partner Shoaib Akhtar.

The development follows ICC’s withdrawal of Pakistan umpire Aleem Dar from officiating in the remaining matches of the  India-South Africa series following threats from Shiv Sena.

The final ODI between India and South Africa is scheduled to be played in Mumbai on October 25.