Hillary staff allegedly behind campaign to frame Assange as a paedophile 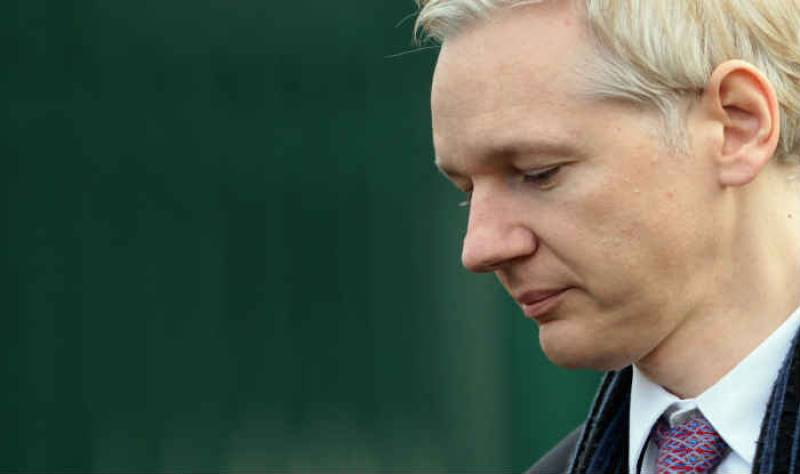 NEW YORK - Staffers of Hillary Clinton, former US secretary of state and candidate for President had reportedly tried to portray WikiLeaks founder Julian Assange as a paedophile, it has been learnt.

A Reddit investigation has directly linked a pro-Democrat Super PAC and a tech company employees with close ties to Hillary Clinton with a smear campaign plot to falsely accuse Julian Assange of paedophilia through an eight -year-old girl.

Wikileaks alleged that the company alleging Assange of paedophilia was also involved in a smear campaign to defame Assange of taking US$1million from Russia in a bid to show whistleblower in bad light.

The same front company behind the Assange #PedoPlot is also behind 2nd plot to frame him as taking US$1M from Russia https://t.co/Kmp6izyV4N pic.twitter.com/vtRBZEa1kE

On Tuesday, a finalised report of the investigations into the originality of the dating website Toddandclare.com and its parent company T&C Network Solutions was put forth vindicating that the firm was merely a fabricated business identity with scant social media presence.

But the attempt to defame Assange was simply not by a tech company. When investigators dug deep into the case, they were surprised to know that the staff of Democrat's presidential nominee Hillary Clinton was in close contact with the company and there was a sheer possibility of Hillary pressing tech firm to conduct the smear campaign.

Using the Way Back Machine to search for archived web pages listing Todd&Clare’s address, Redditor’s found the fake dating site was listed at the same address as Premise Data Corporation, a tech company in San Francisco.

Then things became interesting and fishy as well. The investigators found that Premise Data’s founder, David Soloff, has ties to Hillary Clinton and Tim Kaine.

He boasted on his Twitter account that he recently spent an hour with Hillary’s Vice Presidential candidate.

Responding to tweets from Redditors, David said "We control all of the drones in the world so we will send them to all the Redditors don't worry" David protected his tweets but a screenshot of his cached tweets was uploaded on the internet.

Although Hillary supporters could simply call it a coincidence, Redditors hold a different viewpoint and in their opinion, the tech firm was just being used as a tool by the Hillary Clinton trying out to make her way to the White House despite WikiLeaks release of the secret damaging e-mails of former secretary of state.