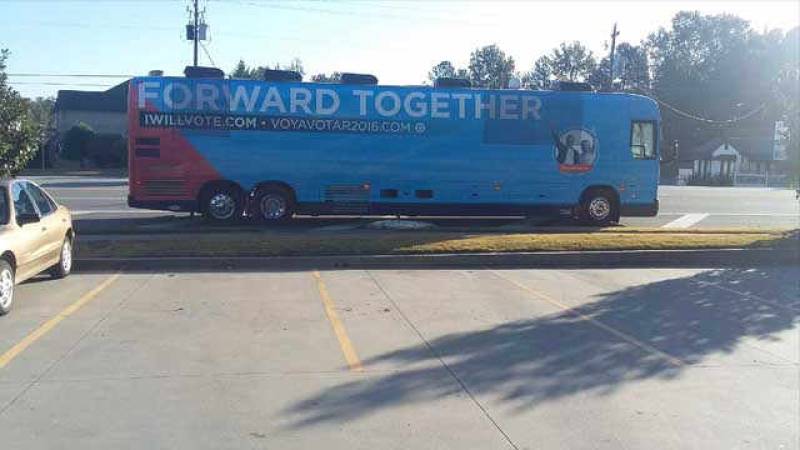 GEORGIA - A bus affiliated with Clinton's campaign called “Forward Together” was filmed dumping foul-smelling human waste into the street and down a storm drain in Lawrenceville, Georgia.

Mike Robins, manager of a local business near the area captured the nasty movements when the bus was getting rid of the fuss. The incident happened on Grayson Highway Tuesday morning after the bus left a campaign stop near the Gwinnett County Board of Elections Office where hundreds of voters were lined up to take part in early voting.

Robins told Lawrenceville Police he saw someone get out of the bus bearing images of Mrs. Clinton and her running mate Tim Kaine and dump “its sewage into the storm drain,” according to an incident report.

In close-up images, what is likely a mixture of liquid faeces, urine and toilet paper can be seen oozing from the bottom of the bus. 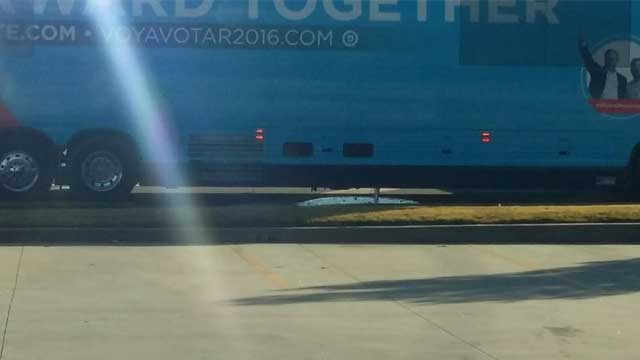 Georgia's Environmental Protection Division as well as Lawrenceville police was investigating the case however a DNC spokeswoman called the faecal matter “an honest mistake”.

"This was an honest mistake and we apologise to the Lawrenceville community for any harm we may have caused. We were unaware of any possible violations and have already taken corrective action with the charter bus company to prevent this from happening again" spokesperson said.