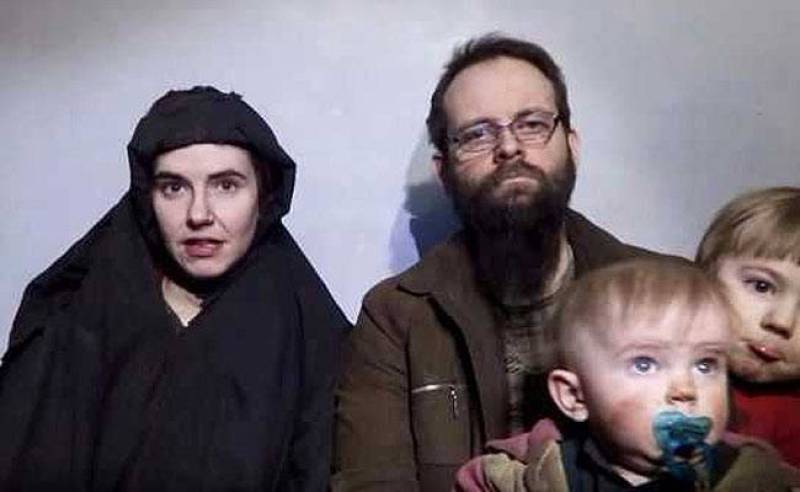 WASHINGTON - The CIA chief on Thursday rejected Pakistan's account that US-Canadian family was freed from Afghan militants' captivity when they were bringing them into Pakistan last week.

Mike Pompeo, CIA director, stated this while talking to a Washington-based think tank, the Foundation for Defence of Democracies as saying that the four US citizens had been kept in captivity for five years in Pakistan.

“We had a great outcome last week when we were able to get back four US citizens who had been held for five years inside of Pakistan” the CIA director said.

These are the first official remarks made by a US official publicly with claims that the released family spent five years in Pakistan.

It is notable that Pakistan’s military and government had announced that US citizen Caitlan Coleman, her Canadian husband Joshua Boyle and two children were rescued in an intelligence based information shortly after entering Pakistan from Afghanistan near Kurram tribal area. They were kidnapped by the Taliban in 2012 from Afghanistan.

Another US official claimed that the family was kidnapped and held in captivity by Haqqani network, a militant outfit, for entire time near northwestern Pakistan.

The CIA chief's comment came ahead of Secretary of State Rex Tillerson visit to Pakistan during his week long visit to South Asia.

Tillerson's visit would be the first ever to Pakistan after the announcement of Donald Trump's harsh policy regarding South-Asia accusing Pakistan of providing safe havens to terrorists.

Detailing the nature of ties between the Asian countries and US, the official disclosed that America's relationship with India does not come at the expense of Pakistan or vice versa.

'The things that the US can do to help alleviate some of the tensions on Pakistan's borders around Afghanistan and in India,' the official said.

"When the president gave his remarks about Pakistan, he talked about a lot of the positive aspects of the bilateral relationship. US and Pakistani military have worked together against common enemies," the official added.