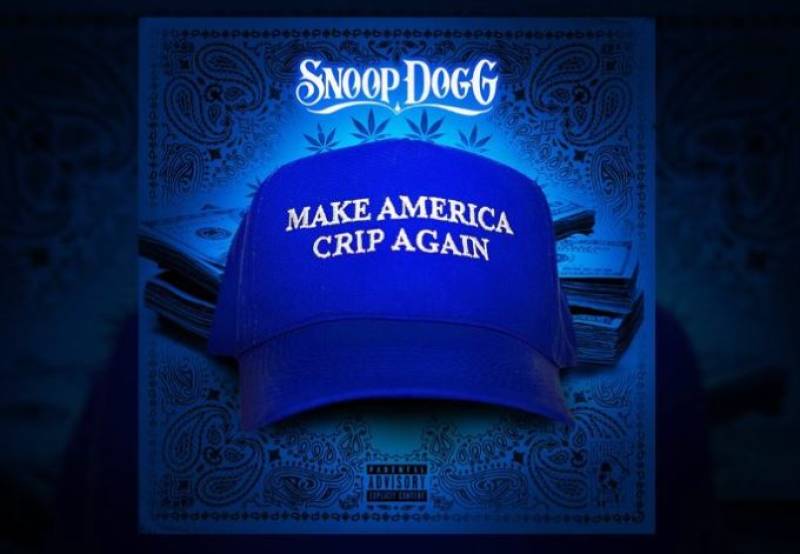 Rapper Snoop Dogg took a hit at US President Donald Trump with his new single 'Make America Crip Again'.  The street-gang inspired song takes a dig at Donald Trump’s campaign slogan during his Presidential election run. The song also refers to the Crips, a pre-eminent Los Angeles street gang since the 1970s.

“This is still Amerikkka with the k’s, believe that,” raps Snoop Dogg, referring to the white supremacist Ku Klux Klan, before he raps “We’re gonna make America crip again.”

While the song appears to be making a political statement, Snoop said "it's just good music," adding , "Certain people feel like we should make America 'great again,' but that time they’re referring to always takes me back to separation and segregation so I'd rather 'Make America Crip Again.'"

In his statement, Snoop also said, "In my lifetime, that’s when young black men in impoverished areas organized to help their communities and to take care of their own because society basically left them for dead. A lot of people glorify the gang-banging and violence but forget that in the beginning, the Crip's main and sole purpose was to be the reflection of the Black Panthers. They looked after kids, provided after-school activities, fed them and stepped in as role models and father figures."

The song is from Snoop’s upcoming EP of the same name which will be released on October 27, 2017.