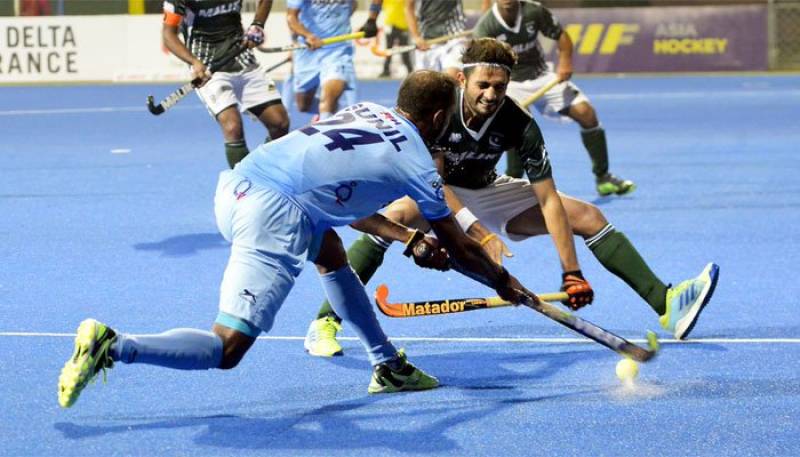 MUSCAT - Pakistan will take on arch-rivals India in Asian Hockey Champions Trophy 2018 at the Sultan Qaboos Sports Complex in Muscat on Saturday.

The high voltage encounter is scheduled to start at 10:10pm tonight. Team Pakistan defeated South Korea 3-1 in their opening match of the tournament with goals from Ajaz Ahmed, Umar Bhutta and Captain Muhammad Rizwan Senior while India thrashed hosts Oman 11-0.

The two countries last played each other in the 2018 Asian Games bronze medal match, where India beat Pakistan 2-1.

Earlier in June, India defeated Pakistan 4-0 in the Champions Trophy match. Apart from India and Pakistan, the other teams featuring in the tournament are Asian Games gold medallists Japan, Malaysia, South Korea and hosts Oman.

Both India and Pakistan have won the trophy twice with Pakistan winning the title in 2012 and 2013 while India was named champions in 2011 and 2016.

The biennial event is being held in Muscat from October 18 to 28 at the Sultan Qaboos Sports Complex in Muscat, Sultanate of Oman.