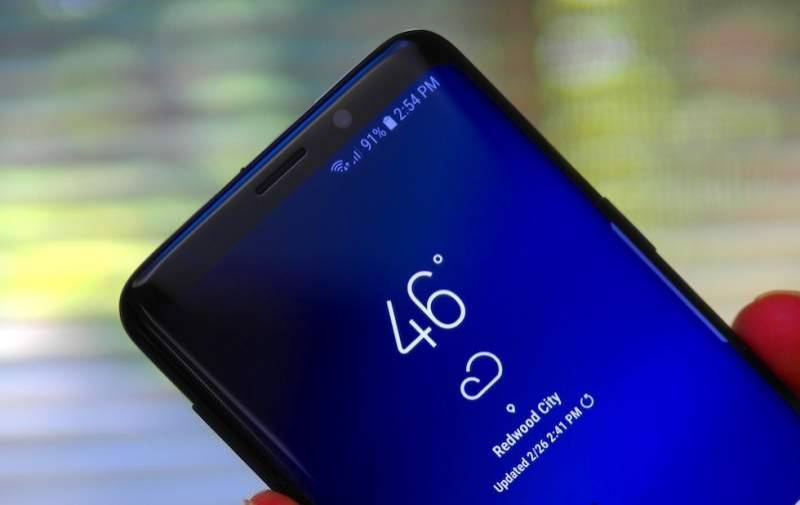 SEOUL – South Korean tech giant Samsung is currently one step ahead in in-display technologies – fingerprint sensor, camera, iris scanner and much more - to introduce in its future smartphone lineup as it is the only company that is away from the notches so far.

According to tech tipster, Ice Universe the company had presented four innovations at its OLED forum 2018 on Thursday at Shenzhen in China.

Great news! Samsung established the direction of mobile phone design in 2019!
On October 18th, Samsung Display invited about 20 customers to hold the "2018 Samsung OLED Forum" at the Shenzhen Marriott Hotel in China. At the meeting, Samsung showed a PPT pic.twitter.com/sYu0ORTd6V

The technology includes in screen fingerprint - sensor, speaker, under-panel camera or iris scanner and vibrations that come from the screen.

However, reports also claim that this technology is in its infancy and is just being tested on a handful of prototype phones. With the launch of the Galaxy S10 not far away, this could mean that we will not see this technology in the device.

#Samsung is working on a new technology trying to hide the front camera underneath the display. My sources told me that there are just a hand full of prototypes using this technology. I don't think we'll see this feature in retail phones until 2020, but who knows 🤷🏽‍♂️

Potentially, the in-screen camera and fingerprint sensor, at least, could well be included in the rumored Galaxy S10 or other future phones by Samsung.