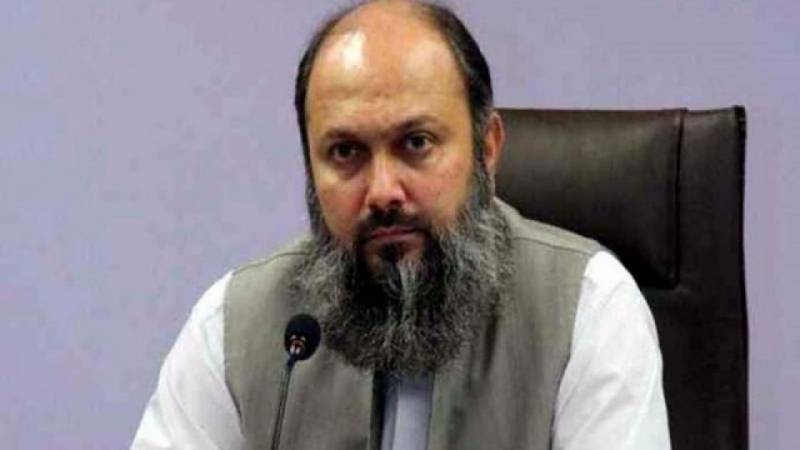 A no-confidence motion against Balochistan Chief Minister Jam Kamal Khan was tabled in the Balochistan Assembly on Wednesday.

According to the media reports, Balochistan Awami Party (BAP) spokesperson Abdul Rehman Khetran presented the no-confidence motion before the assembly.

Balochistan Assembly Speaker Abdul Quddus Bizenjo who was presiding over the assembly session said that 33 members of the house were in favour of moving the no-confidence motion in the assembly.

Addressing the session, Khetran demanded the release of the five missing lawmakers with immediate effect and said that the assembly has lost its confidence in Kamal.

“We demand Jam Kamal immediately step down from the post of the chief minister,” Khetran said. “Due to his poor governance, the province had to witness hopelessness, disrepute, and unemployment, while the performance of different departments was also adversely affected.”

Khetran further said that CM Kamal, assuming that he is the wisest of all, had been taking all decisions related to the province on his own.

“Running important matters without consultation has caused irreparable damage to the province,” Khetaran maintained, adding that owing to that, assembly members demand Jam Kamal step down from his post.

Leader of the Opposition in Balochistan Assembly Malik Sikandar Advocate, while expressing his views, said that the post of the chief executive is very important as it requires the incumbent to work tirelessly for the welfare of the people.

“The chief executive is also required to solve the problems of the masses while being on the frontline,” Sikandar said, adding that the incumbent is also expected to protect the national exchequer.

Following Sikandar, Balochistan National Party (BNP) leader, Sanaullah Baloch expressed his views on the no-confidence motion and said that under the rule of CM Jam Kamal, “major corruption has taken place in Quetta Development Package as well as the fisheries sector.”

“Insurgency was supposed to be reduced in Balochistan but the opposite happened and it saw a surge,” Baloch said, adding that the charge sheet against CM Jam Kamal is “very long.”

“Water, roads, and education projects in the province have been dedicated to Kamal’s favourite people,” Baloch said.

Reacting to Jamali’s statement, the Balochistan chief minister said these people have been playing games in the province for a long time.

In his tweet, the chief minister said, “Balochistan must be a game for Jan Jamali but not for Jam Kamal.”

I guess these people have been playing games in balochistan for a kong time. No wonder we are in such a state.

Balochistan must be a game for Mr jan Jamali but not jam kamal. We have come here to serve and shall till the last day. Kindly carry on ur 'games' pic.twitter.com/Ipol894lQd