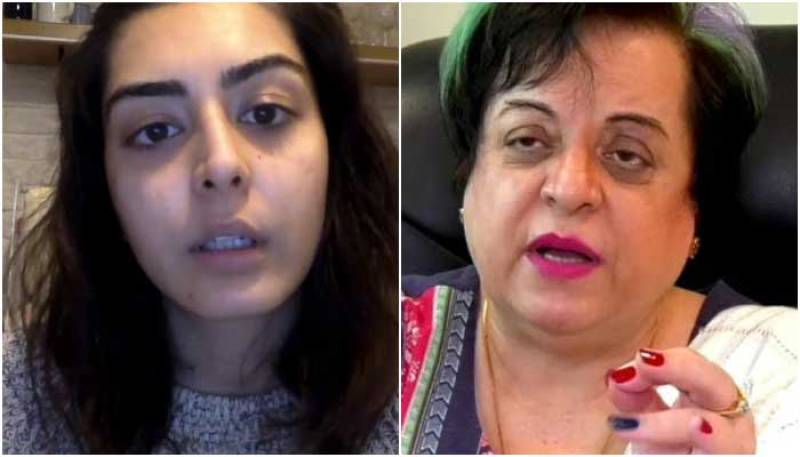 ISLAMABAD — Pakistan's Minister for Human Rights Shireen Mazari on Wednesday slammed her daughter for launching a "personal attack" on the first lady and described it as "shameful".

Reacting to a tweet by Imaan Zainab Mazari-Hazir, a prominent young lawyer who had insinuated that the country was being ruled by witchcraft, the minister said she was ashamed of the allegations levelled by her daughter.

She wrote: “I am ashamed you would resort to such low, personalised, unsubstantiated attacks — especially since as a lawyer you should know [that] without any proof hurling such accusations is defamation.”

“When all substantive issue-based criticism fails, this level of personal attack is plain shameful,” she added.

Earlier in the day, Imaan had tweeted that if the country was to be run by witchcraft, why was a huge amount of taxpayers’ money being wasted on the prime minister's oversized cabinet?

She repeated an allegation that has recently been pushed frequently by the government's critics: the unsubstantiated claim that Prime Minister Imran Khan relies on witchcraft and divination to make key decisions regarding the affairs of the state.

In particular, the jibe seems directed at the prime minister's spouse, who was a pir (spiritual person) before her marriage to Imran Khan.

“The country has been made a mockery of with [the use of] witchcraft — how can it be that we do not talk about those who practice it,” Imaan had said in her tweet.

I am ashamed you would resort to such low personalised unsubstantiated attacks esp since as a lawyer u shd know without any proof hurling such accusations is defamation. When all substantive issue-based criticism fails this level of a base personal attack is plain shameful. https://t.co/drbLN5bq9w

Hers is not the only statement to have attracted the anger of those supportive of the government in the past day or so.

Journalist and television show host Asma Shirazi has been at the centre of a raging controversy which has seen her being targeted with ad hominem attacks and accusations of partiality towards the PML-N after she wrote a column for BBC Urdu that featured similar insinuations.

ISLAMABAD – The daughter of Federal Minister for Human Rights Shireen Mazari has embroiled into another ...