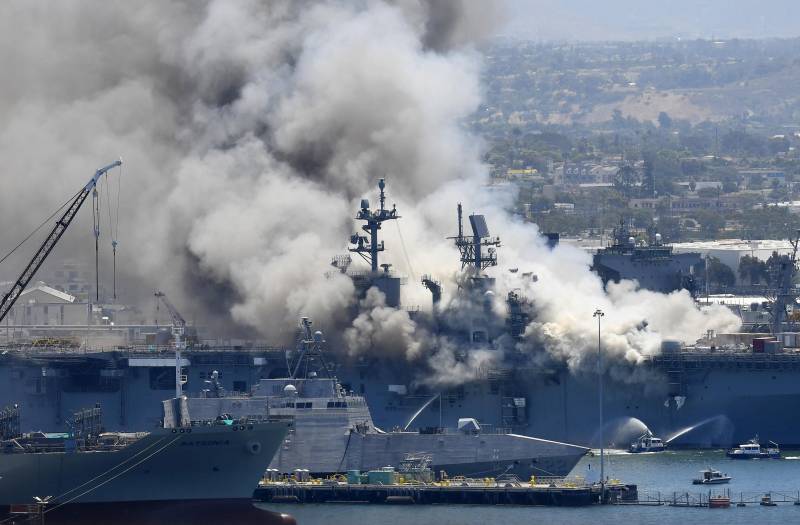 WASHINGTON – A report of the United States Navy has named three dozen officers and sailors for the loss of USS Bonhomme Richard, highlighting major failures that led to the blaze.

Reports in international media quoting the internal investigation said the inferno, that destroyed the assault ship, burned for days in wake of numerous systemic failures.

The 400-page report mentioned that the crew was ‘inadequately prepared’ to battle the situation while the $1.2-billion ship was burned and later scrapped in the Portsmouth Naval Shipyard.

The probe mentioned lapses in training, communication, coordination, fire preparedness, equipment maintenance while it also questioned command and control by the top authorities.

The Navy report stated that the combustible materials were scattered and stored improperly while most of the fire stations on board had equipment problems.

A junior sailor, who finished her watch shift, noticed fog where the blaze started but did not report it as she did not smell smoke while crew members also ring the bells until 10 minutes after it was discovered, costing decisive time.

Seamen didn’t activate the firefighting foam system, despite its availability while its use could have slowed the fire’s progress, the report written by vice admiral Scott Conn said.

The report mentioned sailor Ryan Sawyer Mays who carried a metal bucket into the vessel’s lower storage area, identifying him as the person accused of destroying the USS assault ship. The 20-year-old was charged with aggravated arson and willful hazarding of a ship in connection to the 2020 fire. 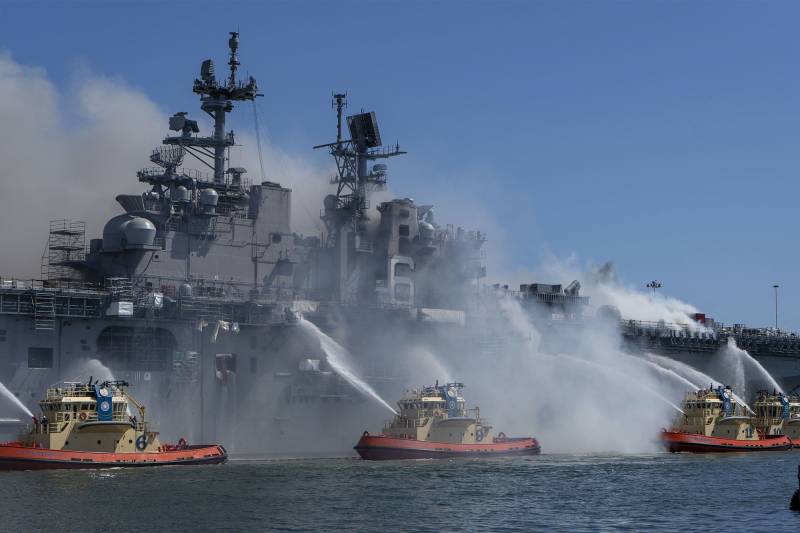 It also named Captain Michael Ray, the executive officer; Command Master Chief Jose Hernandez; and Captain David Hart for failing in their responsibilities during the inferno that continued for days.

The USS vessel was launched in 1997 and formally commissioned the following year, had been nearing the end of a two-year upgrade when the blaze started in the ship’s lower storage area.