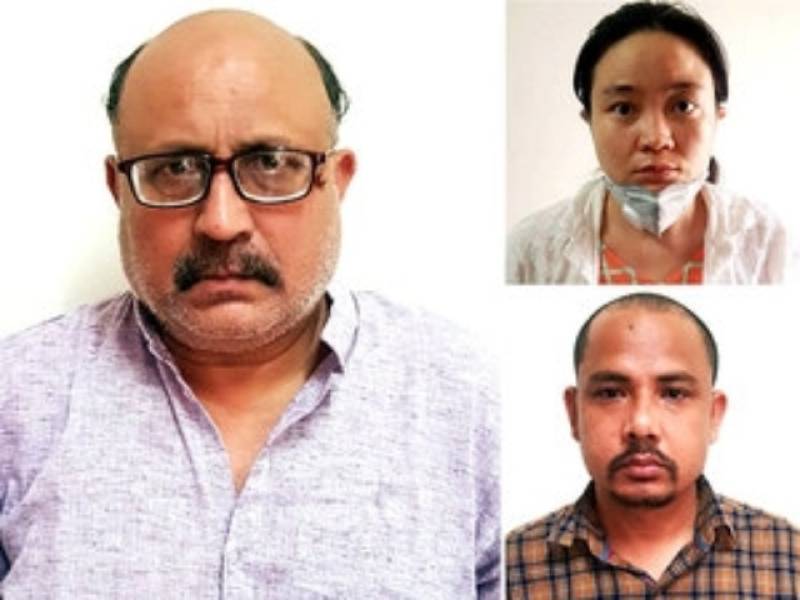 NEW DELHI – A freelance journalist based in India's capital has been arrested for allegedly passing "sensitive information" to Chinese intelligence officers for several years, local media reported on Saturday.

Along with Sharma, a Chinese woman, Qing Shi, and Raj Bohra, from Nepal, were arrested for allegedly supplying the Indian journalist with money through shell companies in return for passing on sensitive information.

Sharma is accused of taking more than 3 million Indian rupees (€34,400; $40,755) from his handlers in exchange for the sensitive information. Michael and George, Sharma's alleged handlers, are reportedly based out of Kunming in China.

Sharma was arrested under the Official Secrets Act, a colonial-era law. If proven guilty, he may face up to 14 years in prison.

Delhi police said on Saturday that they had seized confidential Defense Ministry documents from Sharma's residence.

The Chinese foreign ministry did not immediately respond to a request for comment outside regular business hours.

“On interrogation, Rajeev Sharma has disclosed his involvement in procurement of secret/sensitive information and further conveying the same to his Chinese handlers,” Delhi’s Deputy Commissioner of Police Sanjeev Kumar Yadav said in the statement.

The arrest comes amid heightened tensions between India and China at their border in the Himalayan region. The relationship between the neighbours has worsened since a clash in June that India says of 20 of its troops were killed.