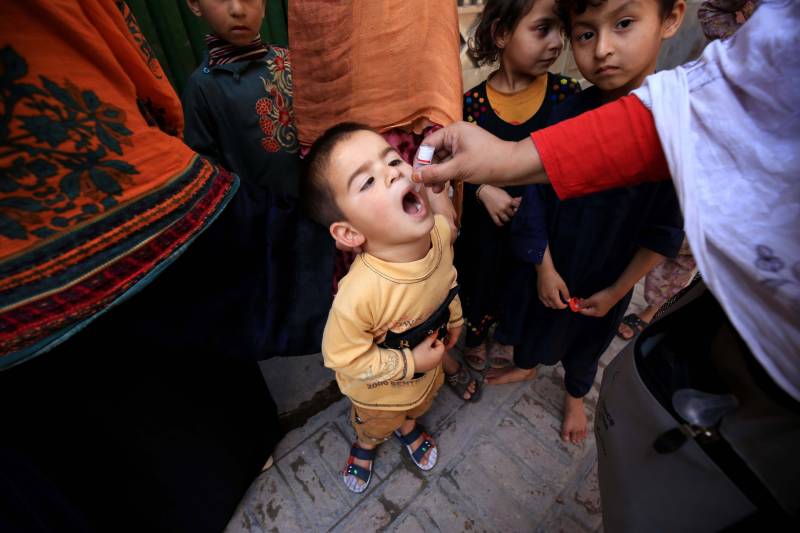 ISLAMABAD – Pakistan has launched another nationwide polio vaccination drive on Monday to inoculate 40 million children under the age of five across the country.

Reports in local media cited that vitamin A drops will also be administered during the Anti-polio drive. All arrangements for the anti-polio campaign in the country and training of the polio workers are put in place.

Furthermore, the frontline health workers have been asked to follow COVID-related SOPs during the campaign.

Coordinator Anti-Polio Programme, Dr. Shehzad Baig while speaking with a news outlet said that more than 40 million children are to be administered anti-polio drops and vitamin A drops. Baig also urged the parents of the children to cooperate in the drive to save the future of their children.

He said Pakistan has not reported a single case of the disease in the last seven months. Earlier, the anti-polio drive was started in Khyber Pakhtunkhwa (KP) on September 17.

Prime Minister Imran Khan, earlier this year, expressed the hope that Pakistan would become polio-free the next year.

A cop guarding a polio vaccination team was martyred after some assailants fired at him in the Thall Behzadi area of Kohat city on the third day of a five-day polio campaign in Khyber Pakhtunkhwa.

Syed Sajid Hussain sustained gunshot wounds and was rushed to the local hospital, where he succumbed.

Shortly after the attack, the area was cordoned off and an operation was launched to trace the culprits, police sources said the attackers could be seen fleeing after opening fire in CCTV footage obtained by the investigators. The operational and investigation teams along with the DPO arrived at the crime scene soon after the incident.

Security of polio teams had been further beefed up following the incident. In every drive against polio, around 30,000 policemen are deployed to guard the vaccinators.

Around 40 health workers and 16 law enforcement personnel have laid their lives in the line of duty during polio vaccination campaigns in the country since 2012 while half of the attacks have been carried out in KP.