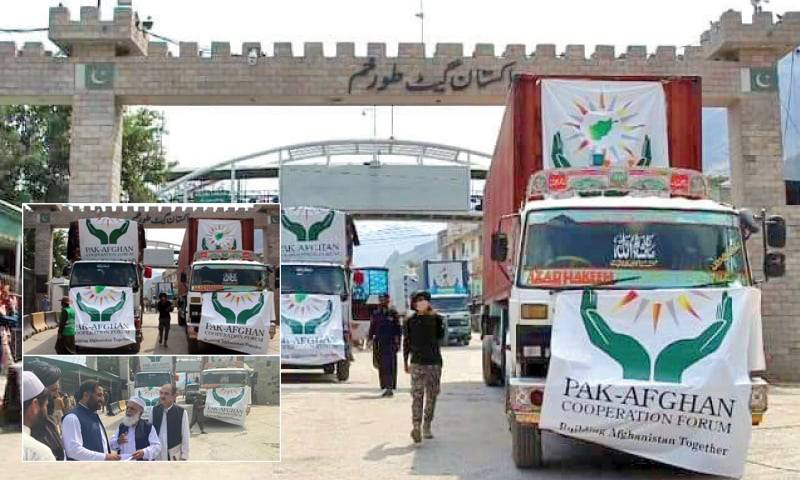 ISLAMABAD – Pakistan on Sunday delivered another consignment of relief goods to Afghanistan amid continued humanitarian assistance to the war-raked country.

Reports in local media cited that at least 17 trucks laden with edibles were handed over to Afghan authorities via the Torkham border by the Federation of Pakistan Chambers of Commerce and Industry (FPCCI).

The recent tranche of humanitarian aid is under an initiative by the Pakistani government to provide assistance to the neighboring country. The 300 tonnes of edibles include 65 tonnes of sugar, three tonnes of pulses, 190 tonnes of flour, 11 tonnes of cooking oil, and 31 tonnes of rice.

He also shared a press release from the Pakistan Embassy in Kabul which stated that 13 trucks had arrived in Afghanistan and four others would also be coming through Torkham in the coming days.

Meanwhile, a simple gathering was also organized at the Torkham border that was attended by PACF chairman Habibullah Khan, Afghan representative Mulvi Mubarez besides administrative and security officials.

PACF Chairman speaking at the ceremony termed Afghans as the Muslim brothers and neighbors of Pakistan who have centuries-old relations with them. The 40-year-long war in Afghanistan ruined the economy, agriculture, and administrative infrastructure of the country and the sudden withdrawal of international aid agencies put the entire population at risk, he added.