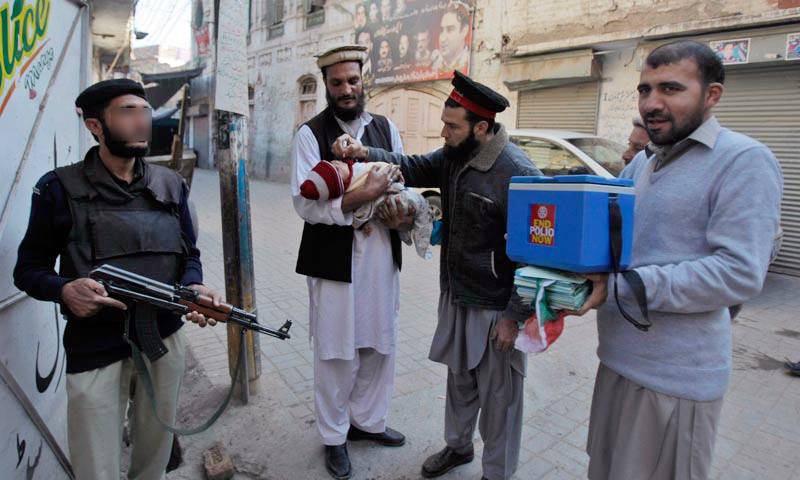 PESHAWAR – A policeman guarding polio workers was shot dead while two workers of the anti-polio team remained safe in the attack that occurred in the Dahal Behzadi area in Kohat.

Reports in local media cited that the police constable was martyred as unidentified assailants opened fire in the Dhal Behzadi area after which law enforcement personnel launched a search operation in the adjourning areas.

Police officials told local news outlets that a probe is underway and cops are investigating the matter from all angles as it might occur in wake of personal enmity.

On Friday, the third nationwide anti-polio campaign started in Khyber Pakhtunkhwa while the drive will kick off in other areas from tomorrow.

At least 40 million children under five years of age will be administered vaccination drops along with a dose of Vitamin-A capsule during the campaign. More than 290,000 health workers will participate to inoculate children.

Pakistan and neighboring Afghanistan are the only two countries across the globe where polio cases are still reported despite multiple vaccination drives.