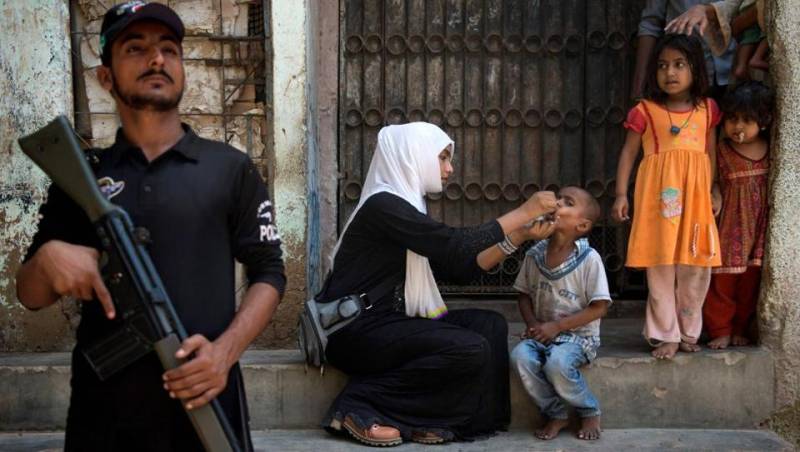 The report in Daily Pakistan Urdu cited that the law enforcement personnel were returning after escorting a team of polio health workers when unidentified attackers on motorbikes shot them. The deceased cops are identified as Syed Ali Raza and Shakir.

DSP Shahbaz Garhi while speaking with a news outlet confirmed that a heavy contingent of local law enforcers rushed to the site and cordoned off the area. A search operation is underway to nab the perpetrators, he added. Meanwhile, the dead bodies have been shifted to Mardan Hospital.

On Monday, Prime Minister Imran Khan kicked off the polio eradication campaign by administering vaccination drops to children. The premier expressed satisfaction over a sharp decline in new cases of infectious disease.

Pakistan and neighboring Afghanistan are the only two remaining countries around the globe where polio cases surface, earlier Nigeria declared free of the wild poliovirus.