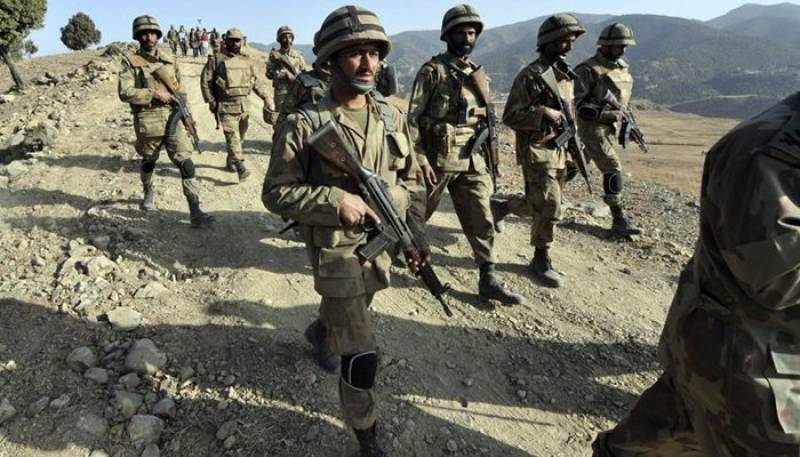 A statement issued by Inter-Services Public Relations (ISPR) said the development came as security forces conducted an Intelligence Based Operation on the reported presence of terrorists.

The terrorist commander, who was involved in killing four women of NGO in Feb 2021 and killing FWO engineers, was killed during the security forces operation.

The infamous militant was remained involved in other activities including kidnapping for ransom, extortion and other offences. Weapons and ammunition in large quantities were obtained from the notorious commander, the statement added.

Earlier this month, one terrorist was killed while six of the suspected militants were apprehended in an intelligence-based operation (IBO) conducted by security forces in the North Waziristan district.