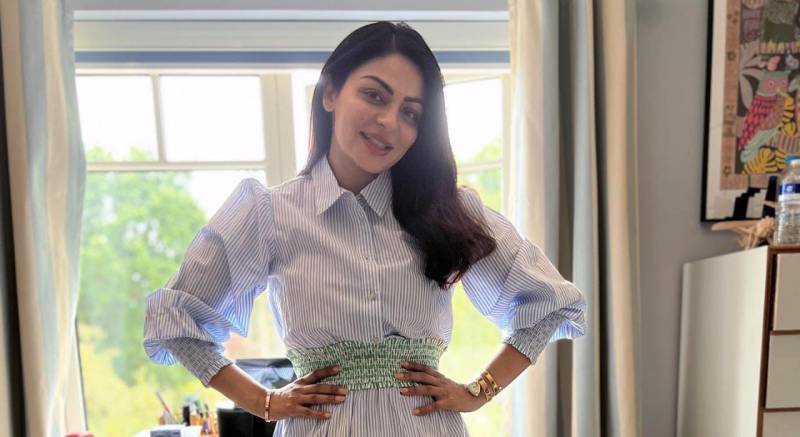 The Jatt & Juliet actress joined Samaa TV's Super Over show via video call. Bajwa, who has cemented herself among the A-list Indian Punjabi actors, won the hearts of millions of fans across borders not just with her bewitching smile but also with her future plans to visit Pakistan.

Bajwa said she is a 'one-take' actor, but she would frequently burst into laughter while shooting with the Pakistani artists. She said some really kind words about Pakistani actors and expressed her desire to work with them in future.

In response to questions about Maa Da Laadla, Bajwa said, “It is an entertaining film with Pakistani actors Iftikhar Thakur, Qaiser Pia and Naseem Vicky entertaining Punjabi audiences in both countries.”

For the record, Maa Da Ladla is a joint venture between Pakistani, Indian and British showbiz industries. Neeru Bajwa and Tarsem Jassar will be seen in lead roles.

For the unversed, Bajwa is an actress, director and producer mainly working in many Punjabi and Indian films. Bajwa also made an appearance in Atif Aslam’s song Hum Kis Gali Ja Rahay Hain. She debuted in 1998 with Dev Anand’s film Main Solah Baras Ki.

Pakistan's super talented actor Ahmed Ali Butt is all set to make his international debut by playing a pivotal role in ...