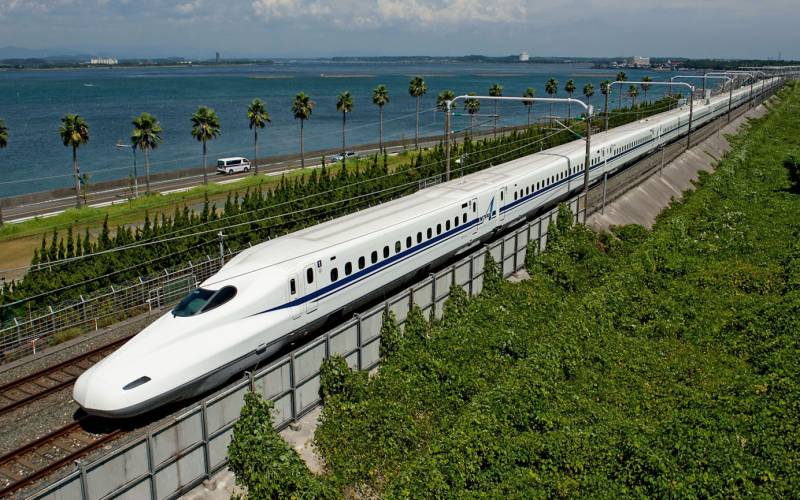 The train beat the 590km/hr speed it had set last week in another test.

Maglev trains use electrically charged magnets to lift and move carriages above the rail tracks.

Central Japan Railway (JR Central), which owns the trains, wants to introduce the service between Tokyo and the central city of Nagoya by 2027.

The 280km journey would take only about 40 minutes, less than half the current time.

However, passengers will not get to experience the maglev's record-breaking speeds because the company said its trains will operate at a maximum of 505km/hr.

Construction is estimated at nearly $100bn (£67bn) just for the stretch to Nagoya, with more than 80% of the route expected to go through costly tunnels, an international news agency reported.

The government is also hoping to sell the maglev train technology overseas.

Japanese Prime Minister Shinzo Abe is visiting the US on Sunday where he is expected to pitch for a role in building a new high-speed rail line between New York and Washington.