Trump suspends immigration to US over coronavirus fear 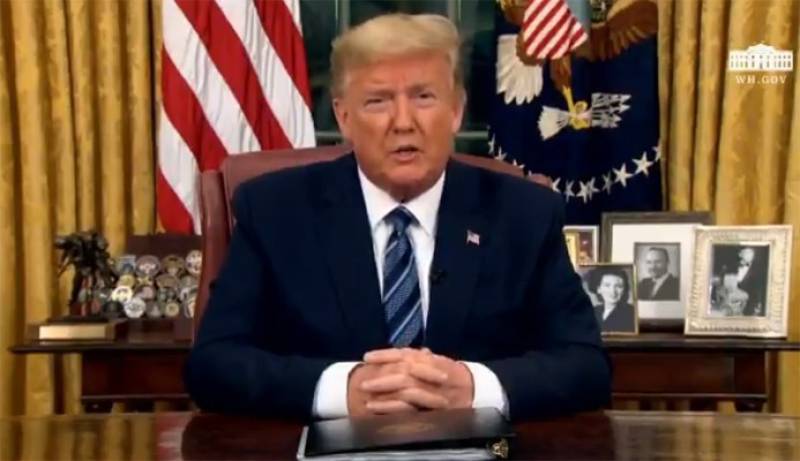 NEW YORK - President Donald Trump tweeted late Monday night that he was suspending immigration into the United States because of the coronavirus pandemic.

“In light of the attack from the Invisible Enemy, as well as the need to protect the jobs of our GREAT American Citizens,” Trump wrote on Twitter, “I will be signing an Executive Order to temporarily suspend immigration into the United States!”

In light of the attack from the Invisible Enemy, as well as the need to protect the jobs of our GREAT American Citizens, I will be signing an Executive Order to temporarily suspend immigration into the United States!

The president’s announcement signals his most wide-ranging attempt yet to seal the country off from the rest of the world. A formal order temporarily barring the provision of new green cards and work visas could come as early as the next few days, according to The New York Times, citing “several people familiar with the plan.”

Under such an executive order, the Trump administration would no longer approve any applications from foreigners to live and work in the United States for an undetermined period of time, effectively shutting down the legal immigration system in the same way the president has long advocated closing the borders to illegal immigration.

It was not immediately clear what legal basis Trump would claim to justify shutting down most immigration.

Workers who have for years received visas to perform specialized jobs in the United States would also be denied permission to arrive, though some workers in some industries deemed critical could be exempted from the ban, the Times said.

Monday night’s announcement stood in contrast to Trump’s recent messages of cautious optimism about the U.S. soon reemerging from weeks of lockdowns designed to contain the deadly virus. The president has repeatedly tried to downplay the severity of the outbreak since its arrival in the country, and his push to reopen the economy has put him at odds with some of the country’s governors and, at times, his top health experts.

Trump did not hint at making any drastic immigration moves during his lengthy daily coronavirus news briefing earlier Monday evening.

Immigration has largely taken a back seat during the pandemic as the president hopes to salvage a strong economy that had become one of his major campaign points in the lead-up to the November election.

Trump has previously taken credit that closing the borders to foreigners traveling from China demonstrated his administration‘s serious and early response to the threat from the coronavirus. International travel has come to a virtual standstill as countries across the globe have imposed travel restrictions to prevent the spread of the disease.

It was not immediately clear how or when an executive order suspending immigration would be carried out. The Trump administration has already barred travel from the European Schengen Area, China, Iran, Ireland and the United Kingdom.