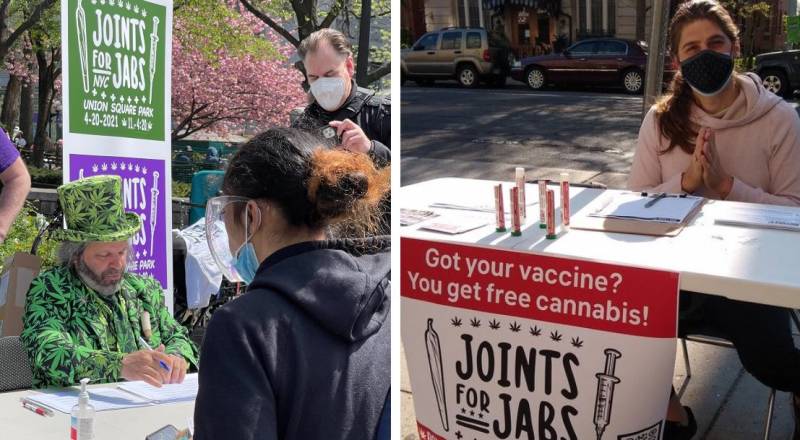 NEW YORK – Marijuana activists in the New York state are contributing in vaccination drive by offering free “joint for a jab.”

As the mass vaccination drives are taking place on across the United States including New York City, local residents who have been inoculated against the novel disease are getting freebie joints.

Activists, celebrating the recent legalization of recreational marijuana, handed out free joints in Manhattan to anyone with proof they had received at least one vaccine shot.

Michael O'Malley, the pro-pot activist, while speaking with International media said we are supporting the government effort to roll out mass vaccinations and this is the first time we can sit around and legally distribute people's joints.

Interestingly, the organizers chose April 20 as the giveaway date as a way to mark 4/20 - an annual day of celebration amongst the marijuana community.

Last month, lawmakers in New York have passed a bill to legalise adult use of marijuana and expunge the records of people previously convicted of possession, making it the 15th state in the United States to allow recreational use of the drug.

NEW YORK – Lawmakers in New York have passed a bill to legalise adult use of marijuana and expunge the records of ...