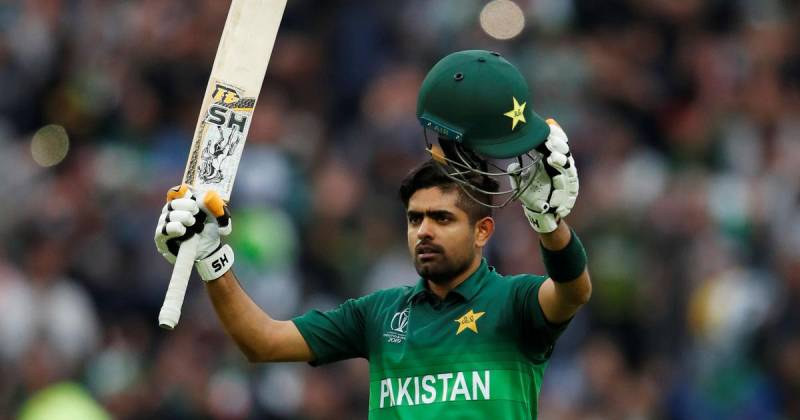 DUBAI – Pakistani captain Babar Azam's superlative form had helped him make a strong 47-point surge to overtake Aaron Finch in the T20I rankings after scoring 122 in the third match against Proteas.

According to the latest update, the 26-year-old has moved to the second spot in the ICC T20I rankings with 844 points, dethroning Australia’s white ball captain.

Movement in the @MRFWorldwide ICC men's T20I Batting Rankings with @babarazam258 moving up to second ????

Azam, who ended the South Africa series as the highest run-scorer, is now behind England’s Dawid Malan who topped the latest rankings with 892 points.

Meanwhile, the Pakistani captain is still 48 points adrift of top-ranked Malan of England while he has a chance to top the list by continuing the momentum in the three-match series against Zimbabwe. He maintained the top spot till November last year.

31-year-old Fakhar Zaman also gained 17 slots to reach the 33rd position after scores of eight not out and 60 in the last two matches. Mohammad Rizwan, who notched an unbeaten knock of 73 in the third match, has advanced eight places to reach a career-best 15th position.

HARARE – Pakistan’s all-format captain, Babar Azam, is on course to beat India’s Virat Kohli for the ...