PAKvZIM: Babar all set to break Kohli’s record of fastest 2,000 runs in T20I 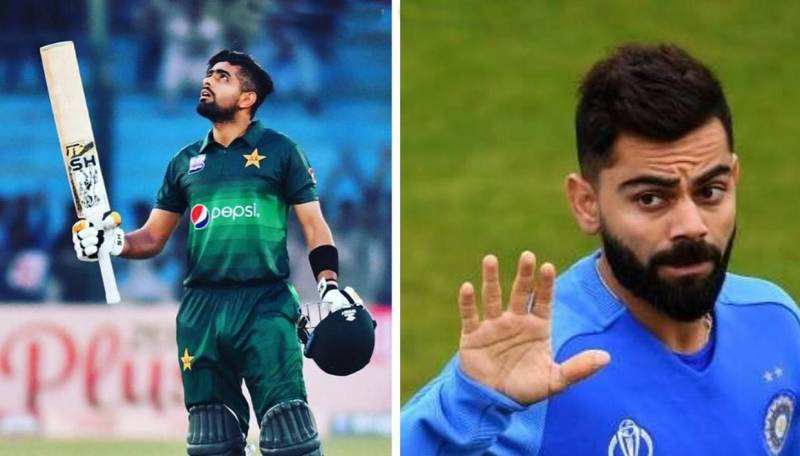 The ICC number-one ranked ODI player after toppling Indian captain from the number one spot is all set to add another feather to his cap. Azam needs 60 more runs to break this record in the upcoming T20I against the Chevrons.

Pakistani star player will become the 11th player to score 2,000 T20I runs if he achieves the feat in the upcoming series against Zimbabwe.

As for now, the 26-year-old has 1,940 runs under his belt at an impressive average of 48.50 from 49 innings. The one number ODI player will try to break the record in the first of the three-match T20I series against Zimbabwe that starts tomorrow.

On April 14, Pakistani captain smashed impressive 122 runs off 59 balls in the third T20I of the four-match series against Proteas at Centurion.

Pakistan Captain Babar Azam continues to bag feats in South Africa as he has added another feather to his cap by ...

According to a PCB statement, Babar’s captaincy has been on a constant improvement since last year's series against Bangladesh. The men in green have won four T20I series (Bangladesh 2-0, Zimbabwe 3-0, and South Africa 2-1 at home and 3-1 away against South Africa) besides the 1-1 series draw against England, they are yet to lose a single T20I series. Meanwhile, Shaheen's eye to outclass Australia in T20I rankings.

LAHORE – Pakistan captain Babar Azam, who left her fans stunned with his impressive batting during recently ...