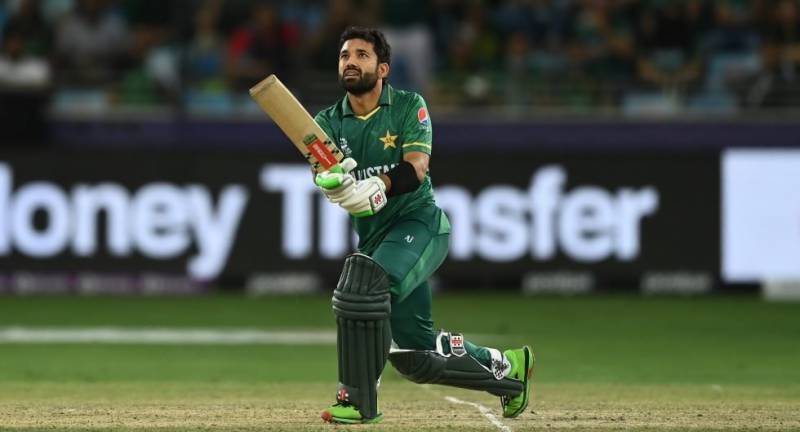 KARACHI – Pakistan’s star wicketkeeper-batsman Mohammad Rizwan has achieved another title as he has been named the Leading T20 Cricketer in the World in the 2022 edition of the Wisden Almanack.

Last year, Rizwan displayed power-packed performance in T20I matches after he made a comeback as he had made only 313 runs in 26 matches before 2021.

A stunning 12 months for Wisden's Leading T20 Cricketer in the World 🔥#WisdenAwards pic.twitter.com/P1nH4KufS7

In all T20 cricket, he made 2,036 at an average of 56, leaving behind cricket gurus like Virat Kohli and Babar Azam.

Mohammad Rizwan, who starred in Pakistan’s ten-wicket win over India in the T20 World Cup, was profiled by Alan Gardner, who also recalled

While profiling Rizwan for Wisden, Alan Gardner wrote that Rizwan was batting as if blessed with foresight and recalled the video that went viral after Pakistan’s win in ICC T20 World Cup against India.

“Twenty20 batting is supposed to be a volatile, high-variance occupation: boom-boom or bust. Occasionally, a player produces a purple patch to rise above the hurly-burly. But no one has had a year of such sustained run-scoring as Pakistan’s Mohammad Rizwan.

“Never mind seeing it well: he was batting as if blessed with foresight. And in a sense he was. After starring in Pakistan’s ten-wicket demolition of India at the T20 World Cup, his clarity of purpose was summed up by a viral video from the ICC that spliced his pre-game routine of visualisation alongside the boundaries he struck during his 55-ball 79,” Gardner wrote.