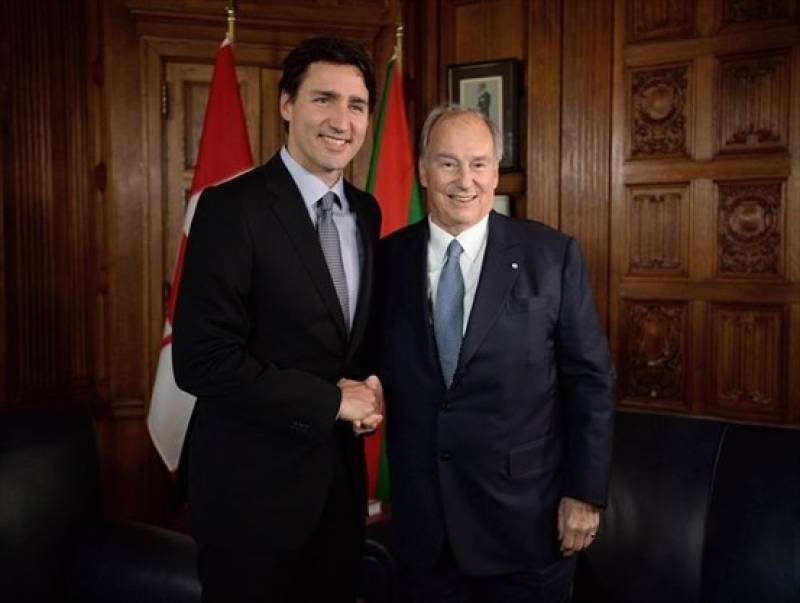 OTTAWA - The Canadian ethics watchdog concluded on Wednesday that Prime Minister Justin Trudeau contravened some conflict of interest rules when he accepted a vacation last year on a private island belonging to the Aga Khan, the spiritual leader of the Ismaili community.

Conflict of Interest and Ethics Commissioner Mary Dawson said Trudeau contravened a rule on gifts when he accepted the use of the island in March and December 2016 as there were ongoing official dealings with the Aga Khan and the Aga Khan Foundation Canada was registered to lobby Trudeau’s office.

“The vacations accepted by Mr Trudeau or his family could reasonably be seen to have been given to influence Mr Trudeau in his capacity as prime minister,” Dawson stated.

Moreover, she found Trudeau didn't properly recuse himself on two occasions in May 2016 from private meetings about the Aga Khan and a $15-million grant to the billionaire philanthropist's endowment fund of the Global Centre for Pluralism.

The release highlighted that the Conflict of Interest Code for members of the House of Commons bars Canadian officials from taking gifts or other benefits that can influence them in the future.

Soon after the report, Trudeau publicly apologized for not asking Dawson for her clearance. He said he didn't believe the vacation would be an ethical concern because he'd been told (without referring to by whom) there was no issue since the Aga Khan, the spiritual leader of the world's Ismaili Muslims, is a friend.

During an emergency news conference, Trudeau took responsibility for the ethical lapse and said, in future, he'll ask the ethics commissioner in advance to clear all his personal vacations.

I’ve always considered the Aga Khan a close family friend – that’s why I didn’t clear this family trip in the first place. Given the Commissioner’s report, I’ll be taking all precautions in the future. 2/2

Let it be known that this is the first time a Canadian premier has been accused of breaking conflict of interest norms but what could be off joy for the flamboyant leader is the confirmation by Dawson's office that no penalty would be imposed on him.

Trudeau has said he has known the Aga Khan, Prin­ce Shah Karim Al Husseini, since childhood. The Aga Khan, the title held by the leader of the Ismaili branch of Shia Islam, was a pallbearer at the funeral of Justin’s father, former Prime Minister Pierre Elliott Trudeau.

Prince Karim Aga Khan is the 49th hereditary Imam of the Ismaili Muslims and he is Swiss-born, lives in France but has a British passport.

Aga Khan graduated from Harvard University and is among the top 15 of the world's wealthiest royals, according to Forbes magazine.

When the Canadian premier was alleged of breaking conflict of interest laws, he said he has known the Aga Khan, Prince Shah Karim Al Husseini, since childhood.

The Aga Khan, the title held by the leader of the Ismaili branch of Shi‘ite Islam, was a pallbearer at the funeral of Justin’s father, former Prime Minister Pierre Elliott Trudeau.