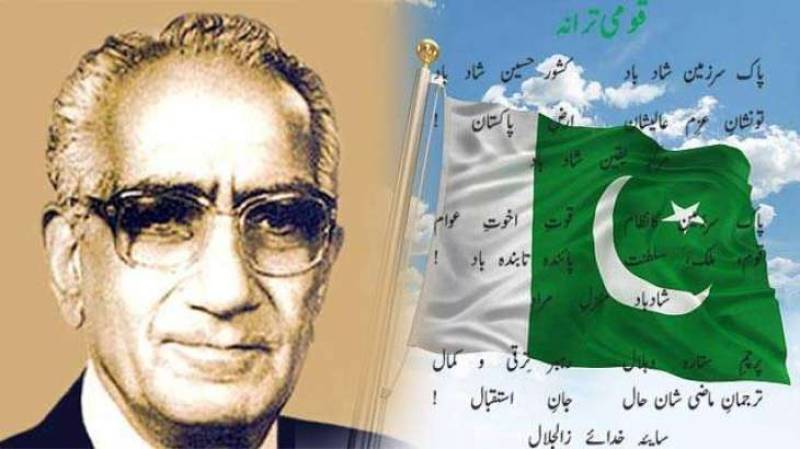 ISLAMABAD – The 37th death anniversary of the writer of Pakistani National Anthem, Hafeez Jalandhri was observed on Saturday across the country with tributes paid to him for his writings including the national anthem.

Jalandhri was born in Jalandhar, Punjab, British India on January 14, 1900. After the independence of Pakistan in 1947, he migrated to Lahore.

The first compilation of poems Nagma-e-Zar was written by Jalandhri was published in 1935.

He had also been crowned to be the writer of Pakistan’s national anthem in 1952. He also participated in Pakistan Movement and used his writings to propagate for the betterment of society.

The national anthem’s writer was unique in Urdu poetry by using the perfect mixture of words and rhymes. Jalandhri was awarded Hilal-e-Imtiaz and Pride of Performance by the government. He passed away on December 21, 1982, at the age of 82 years.

He was buried in Model Town, Lahore but later on, his body was re-buried in the tomb near Minar-e-Pakistan.