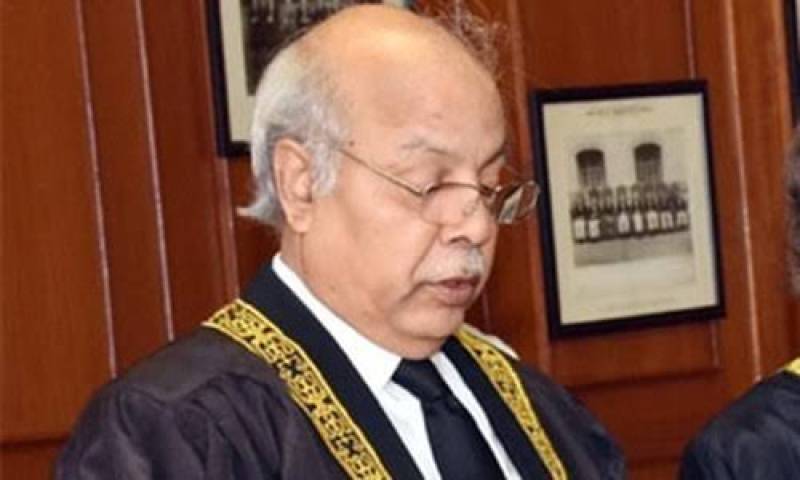 ISLAMABAD - Justice Gulzar Ahmed has taken oath as Chief Justice of Pakistan at a ceremony at Aiwan-e-Sadr in Islamabad today (Saturday).

Justice Gulzar Ahmed, who has replaced Justice Asif Saeed Khosa as the chief justice, will serve till Feb 21, 2022.

On Dec. 4, the Law Ministry had issued a notification of Justice Gulzar Ahmad’s appointment as the new CJP. His appointed was approved by President Arif Alvi.

The notification issued by the law and justice secretary stated: “In exercise of the powers conferred by Clause (3) of Article 175 A, read with Article 177 of the Constitution of the Islamic Republic of Pakistan, the President is pleased to appoint Mr Justice Gulzar Ahmed, the most senior judge of the Supreme Court, as Chief Justice of Pakistan with effect from December 21, 2019.”

Justice Ahmed, who was part of the five-judge bench that disqualified former premier Nawaz Sharif in the Panama Papers case, is also a member of the Supreme Judicial Council and Judicial Commission of Pakistan.

Earlier on Friday, Asif Saeed Khosa retired as Chief Justice of Pakistan. A full court reference in his honour was held at the Supreme Court in Islamabad to pay tributes to his services.