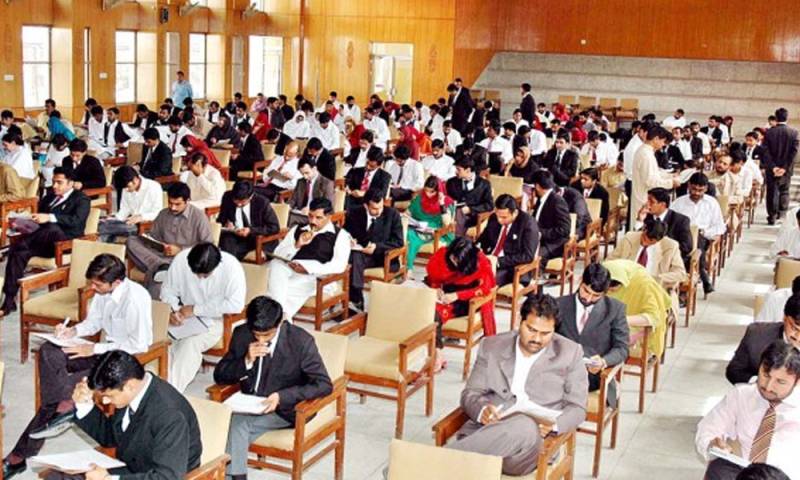 LAHORE - A man who was arrested on charges of leaking papers of Civil Superior Services (CSS) and other departments, finally confessed to his crime.

The Federal Investigation Agency (FIA) has contacted multiple banks in order to obtain the details about the bank accounts of the accused identified as Khalid Hussain.

Hussain, who was arrested a few days ago, also admitted that he was involved in leaking papers of different departments including FIA and Customs.

The accused happens to be the Assistant Director of Federal Public Service Commission Balochistan and is being investigated for his crime which has put at stake the credibility of the commission.

The development comes at a time when CSS exams are being held in major cities across the country, including Islamabad, Karachi, Lahore, Quetta and Peshawar.

The aspirants of bureaucracy are judged through the creme-de-le-creme CSS exam to be a part of the executive branch of the state. The passing ratio hovers around 2 percent, implying the standard of the exam.