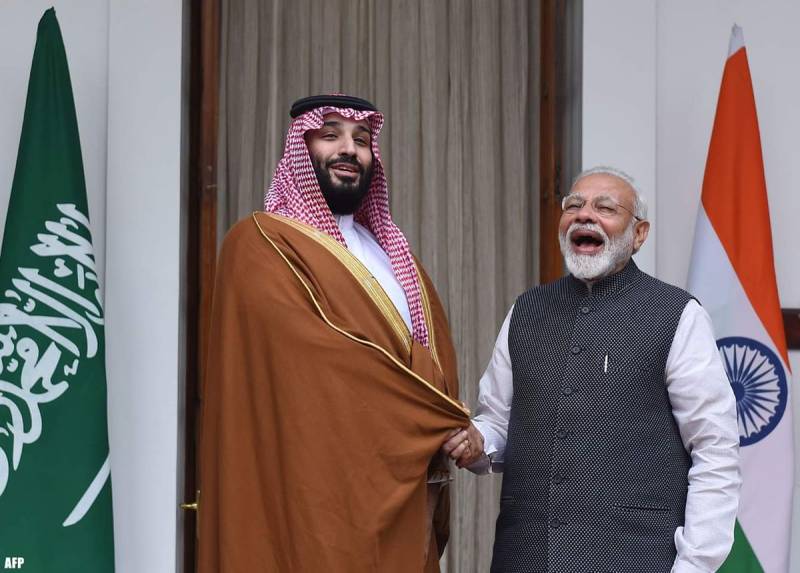 The Saudi crown prince issued the royal decree of the release of 850 Indian prisoners languishing in Saudi jails upon the request of their Prime Minister Narendra Modi.

At the request of the PM @narendramodi, His Royal Highness the Crown Prince of Saudi Arabia has ordered the release of 850 Indian prisoners lodged in Saudi jails. pic.twitter.com/jIVTCbIRLa

According to the spokesperson of India's Ministry of External Affairs, the Saudi crown prince has also announced increasing the quota for Indian Hajj pilgrims by 2 lac persons upon the request of PM Modi.

His Royal Highness the #SaudiCrownPrince announced the increase in quota for Indian Haj pilgrims to 200,000 at the request of PM @narendramodi. pic.twitter.com/FrPR3hc2eD

Five Pakistani nationals reached home Thursday after being released from the Saudi jails.

A total of 2,107 Pakistani prisoners are being held in Saudi Arabia.

Prime Minister Imran Khan had raised the issue of Pakistani prisoners detained in Saudi jails during his meeting with the crown prince.

The crown prince on Sunday started his tour of South Asia and China with a two-day visit to Pakistan, where Riyadh and Islamabad signed agreements worth $20 billion.