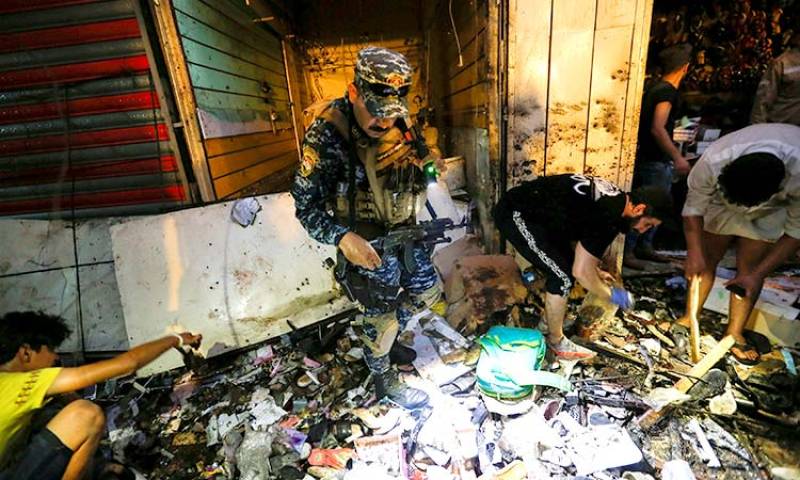 ISLAMABAD – Pakistan has strongly condemned the bomb blast at a crowded market in Sadr City of Baghdad, in which 35 precious human lives were lost while many others were injured.

In a press release on Wednesday, Foreign Office Spokesperson Zahid Hafeez Chaudhry said we convey our deepest condolences to the bereaved families and pray for speedy recovery of those injured in this heinous terrorist attack.

He said Pakistan condemns terrorism in all its forms and manifestations and stand in solidarity with the brotherly government and people of Iraq in their fight against terrorism.

Meanhile, terrorist group ISIS have claimed responsibility for an suicide attack that ripped through a busy market in the Iraqi capital on Monday, killing 30 people and wounding 50.

Children and women were among the dead and wounded, according to health and security officials. The attacker detonated his explosive vest in the Wahailat outdoor market in Sadr City, a predominantly Muslim Shia neighborhood in the east of Baghdad.

Police officials said a number of shops and stores were also damaged in the blast.