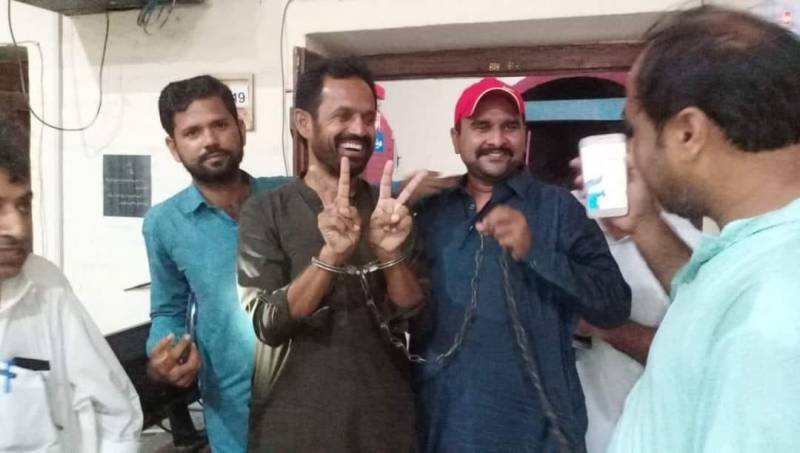 Sindh Police have reportedly arrested a media person after he aggressively hurled questions at Chief Minister Syed Murad Ali Shah during a ceremony in Sehwan.

A Facebook post shows the reporter taking a dig at the chief minister over deteriorating law and order situation in the city.

A picture of the reporter making victory sign in handcuffs is getting viral on social media, with netizens criticising the Pakistan Peoples Party (PPP) for curbing the voice of journalists.