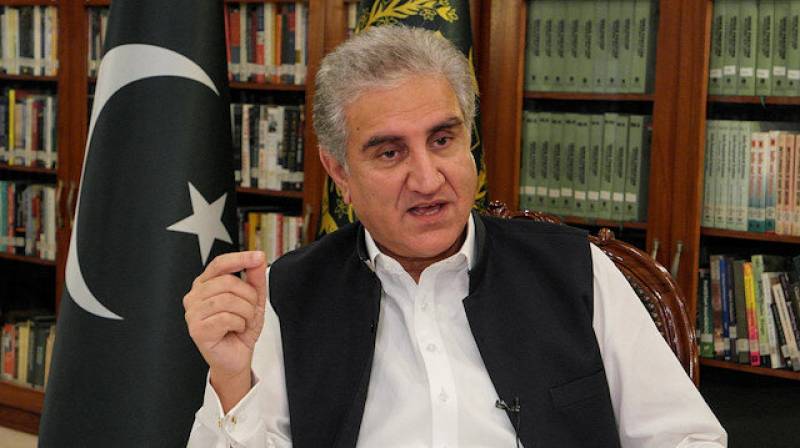 MULTAN – Foreign Minister Shah Mahmood Qureshi said on Wednesday that he will be leaving for China on an official visit tomorrow (Thursday).

The visit comes days after nine Chinese nationals including engineers were killed in an incident near Dasu Hydropower Project in Khyber Pakhtunkhwa.

Pakistan has launched a widespread investigation into the matter. It has also been joined by Chinese officials.

Talking to media in Multan, the foreign minister said that Pakistan wants peace and stability in Afghanistan and entire Afghan leadership should join efforts for sustainable peace in the country.

He said Afghan Peace Process has entered into the crucial phase.

Talking about alleged abduction of Afghan Ambassador’s daughter in Islamabad, he said that investigation process will be concluded soon and report will also be shared with Afghan government.

He said that India is playing the role of spoiler in the process.

Qureshi said that Indian government even targeted its own ministers and opposition members through spy network. He however, said that India is facing defeat at every forum.

The Foreign Minister said that India is committing brutalities and human rights violations in Indian Illegally Occupied Jammu and Kashmir and world should take notice of this.

He said that US has acknowledged the role of Pakistan regarding combating with terrorism, Afghan Peace Process and implementation of FATF recommendations.

ISLAMABAD – Prime Minister Imran Khan has said that Pakistan and China have an iron clad friendship which ...