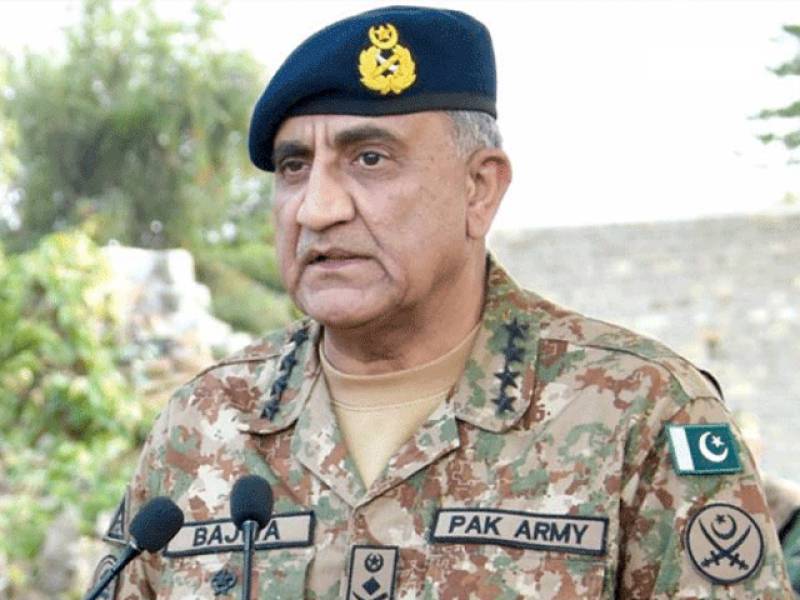 While interacting with troops and sharing Eid greetings, COAS appreciated their high morale and unflinching resolve to defend the motherland, said ISPR in a statement.

He expressed complete satisfaction over operational preparedness of the formation and effective measures in place for border security.

The army chief lauded the formation for expeditious fencing in area of responsibility along Pak-Afghan international Border and reiterated Pak Army’s firm resolve to ensure security along our borders in the face of evolving challenges.

“We are ever ready to defend Pakistan against all the threats and at all costs”, COAS remarked.

General Bajwa also lauded the formation for rendering continuous assistance to civil administration in execution of ongoing projects for socio-economic uplift of the area including development of communication infrastructure, schools, hospitals and other efforts for rehabilitation of the local population.