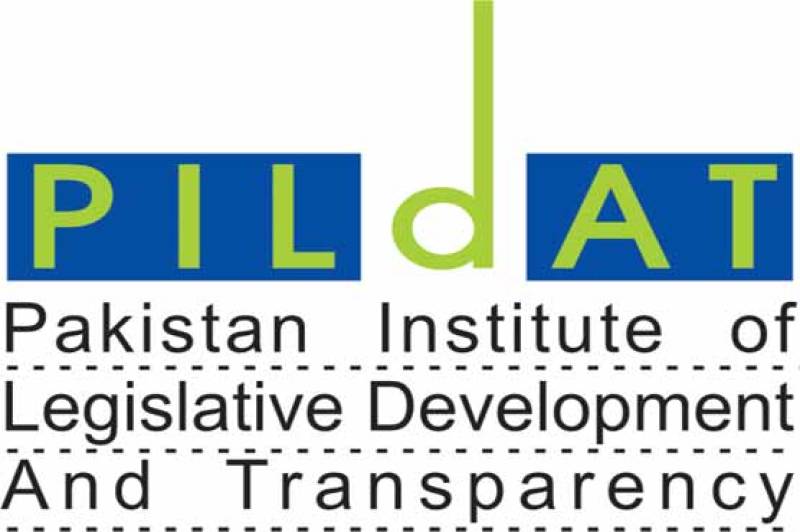 ISLAMABAD (Web Desk) - Sindh Assembly has been rated as the best performing among four provincial assemblies in Pakistan with an overall score of 68 percent.

According to PILDAT, a public policy research organization, the Balochistan Assembly is the worst performing provincial legislature with a score of 35 percent while Punjab and Khyber Pakhtunkhwa Assemblies jointly shared second place with scores of 66 percent, each.

The findings were based on legislative performance from May 2015 to June 2016. The Sindh Assembly’s performance regarding legislation was also extraordinary with a score of 70 percent. Members of the Sindh Assembly introduced the highest number of Private Members’ Bills at nine.

The PML-N led Punjab Assembly and PTI-led Khyber Pakhtunkhwa Assembly introduced one Private Member’s bill each, while the Balochistan Assembly failed to present even a single bill. 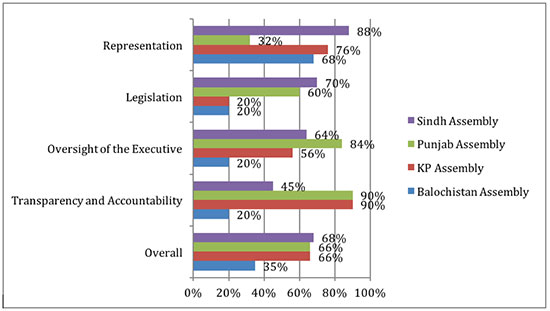 The report further said that the KP Assembly was the only one conducting all its house business digitally.

In the reporting period, the Punjab Assembly met for 193 working hours followed by the Sindh Assembly which met for 182 hours, the KP Assembly for 126 hours and the Balochistan Assembly for just 95 hours.

The highest attendance of members was recorded in the Balochistan and Sindh assemblies at 34 percent while attendance was worst in the Punjab Assembly with an average of 13 percent of its 368 members attending.

Chief Minister Balochistan Nawab Sanaullah Zehri have attended 59 percent of the sittings followed by Chief Minister of Sindh Syed Qaim Ali Shah at 51 percent. The KP Chief Minister, Pervaiz Khattak, has attended 29 percent while Shahbaz Sharif,  Punjab chief minister has only attended 5 percent, which means that he attended only 4 out of 75 sittings.

Surprisingly, the opposition leader, PTI’s Mian Mehmoodur Rashid has attended 85 percent of the sittings in 2015-16, the highest figure for any leader of the opposition in the provincial assemblies.