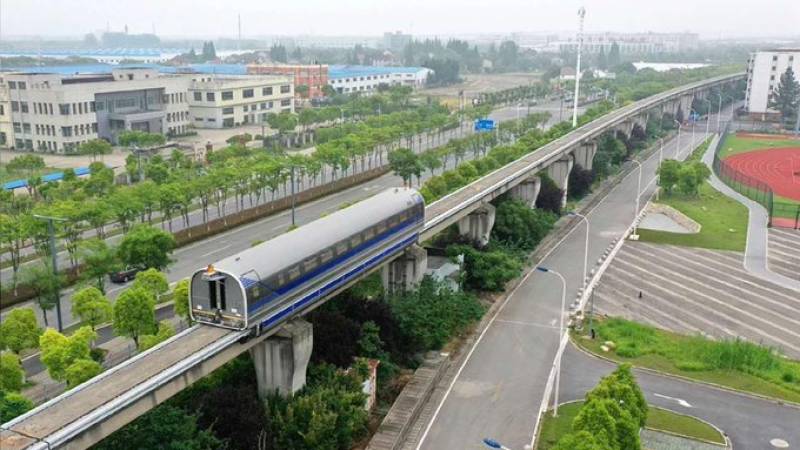 BEIJING – A prototype high-speed maglev test vehicle with a speed of 600 km/h, developed by CRCC Qingdao Sifang Co, successfully ran on the test line at Tongji University in Shanghai on Sunday morning, marking an important breakthrough in China’s high-speed maglev research and development.

The high-speed maglev prototype system is expected to begin production at the end of 2020. The system will provide a full high-speed maglev technology and engineering capability, bridging the gap between high-speed rail and air transportation and meeting the travel needs of different groups, according to Global Times.

In the project by the CRRCGC, with CRCC Qingdao Sifang Co responsible for the technology, more than 30 enterprises, colleges and universities, and scientific institutes have been involved in the research, which has seen collaboration of domestic resources in the high-speed rail and maglev field. The ultimate aim is to master high-speed maglev core technology and develop the independent intellectual property rights for a 600 kilometers per hour high-speed maglev engineering system, eventually industrializing the technology.

The successful trial run of the test vehicle marked a step forward from static to dynamic operation, obtained a large amount of key data and proved the key performance of the high-speed maglev system, providing technical support for the development and optimization of the follow-up high-speed maglev project test vehicle.

Since the launch of the project in July 2016, the research team has made numerous breakthroughs in the high-speed maglev series of key core technologies and successfully developed a test vehicle.