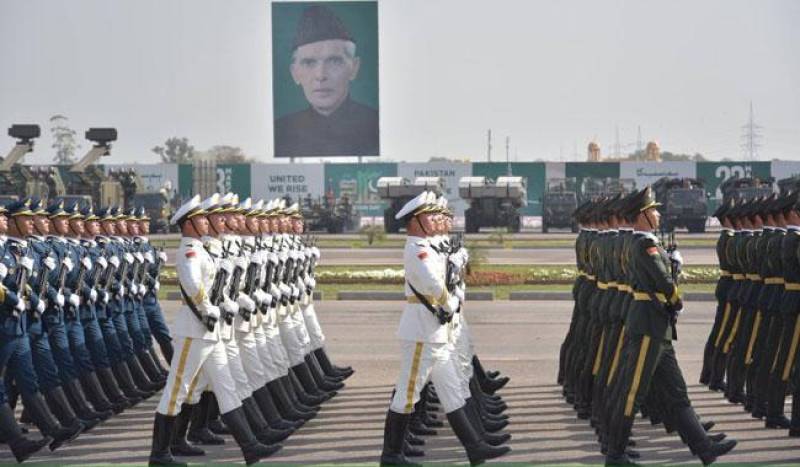 In a bid to beef up security, cellular services will remain suspended from 5 AM till 1 PM, within a 10 km radius of the Parade Avenue.

Thoroughfares will be closed for the public in close vicinity of  Faisal Avenue, Zero Point, Faizabad and Parade Avenue.

The City Traffic police Islamabad and Rawalpindi have chalked out a comprehensive traffic plan for the full dress rehearsal.

Faizabad area will remain completely closed from 5 AM to 2 PM. Traffic en route Islamabad from Koral Chowk Interchange will be diverted to Link Road.

Traffic coming from Murree will be stopped at 17 mile toll plaza. The traffic police will stop traffic from Abbottabad at Barian whereas traffic moving from airport to Islamabad will use Khanna Pull, Lehtarar Road and Taramirri Chowk to move to Park Road.

On March 23, small vehicles coming from Lahore will use route of Rawat T-Cross to reach motorway after passing through Rawalpindi Saddar Road and Peshawar GT Road.

Pakistan Day commemorates the passing of the Lahore Resolution, when a separate nation for the Muslims of the British Indian Empire was demanded on March 23, 1940 as well as the declaration of the republic on the same day in 1956.