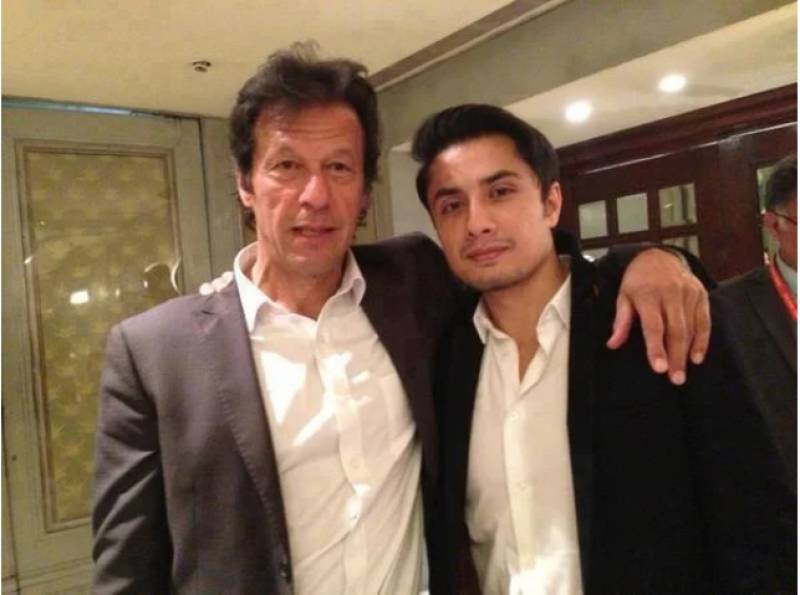 When cricket came home last night, Pakistan witnessed Lahore's unbridled passion and energy. The Gaddafi Critcket Stadium was filled to the brim with loyal fans and their hopes of their teams making it to the PSL final.  After a real nail biter of a match, Peshawar Zalmis went on to the second elimination round and Ali Zafar who has been a huge part of the PSL family was loving the energy of the crowd;

Crowd chanting the chorus...exactly how I had imagined while composing it :) moment of pride for all of us as cricket comes home yet again. Not a seat to spare. #hblpsl3 #dilsejaanlagade pic.twitter.com/hXx4jQSDtA

Crowd chanting the chorus...exactly how I had imagined while composing it :) moment of pride for all of us as cricket comes home yet again. Not a seat to spare. #hblpsl3 #dilsejaanlagade

Zafar, who had also sung the official PSL anthem, for the third time consecutively, with the latest one titled 'Dil Se Jaan Laga De' had earlier schooled Pakistan Tehreek-e-Insaf supremo Imran Khan on Twitter regarding his commentary on the steep decline of Pakistani currency.

Khan had fired a broadside at Sharif family and former finance minister Ishaq Dar pertaining to the fall in the value of Pakistani rupee and the consequent rise in external debt.

As if Sharifs' & Dar's crime of money laundering & corruption had not taken enough of a toll on the country's economy, the disastrous policies of Dar have led to the rapid fall of rupee value over the last few months, piling up the mountain of external debt for Pakistani nation

However, his political comments irked the multitalented superstar who expressed that the 'timing' of his tweet did not match with the ongoing celebrations regarding the PSL.

Sir, we do love you for your efforts for the country but perhaps “timing” on issues matters? On a day nation celebrates cricket we do expect you (as our cricket hero) to appreciate, if not participate in the joy and sentiment of the country that comes with cricket coming home :) https://t.co/7RGDkVb4VU

'We do expect you (as our cricket hero) to appreciate if not participate in the joy and sentiment of the country that comes with cricket coming home :),' the 'Channo' singer had requested the 65-year-old former skipper in response to his tweet.

The Twitter-conversation garnered responses, both from the fans of Ali Zafar and the staunch supporters of Imran Khan with many instructing the former that Khan had expressed his best wishes for the PSL thrillers, on Tuesday, before his political commentary.

Moved by PTI supporters in droves, the 'Rockstar' published another tweet bearing Imran's picture and a list of his "best wishes" for the three matches of Pakistan Super League to be played in Pakistan.

What a great game and great gesture by @ImranKhanPTI. #Pakistanzindabad pic.twitter.com/dfCWsQMnms

'What a great game and great gesture by Imran Khan' tweeted Zafar on Wednesday, at a time when Peshawar Zalmi and Karachi Kings were contesting the second eliminator of PSL 3.

Minutes after Ali Zafar's appreciation of Khan's gesture, scores of social media buffs jumped on the bandwagon, lavishing praise on Imran Khan, who was a captain of the national team that won the 1992 World Cup.

Bcz he is Kaptaan of whole PAKISTAN.....
He is trendsetter May ALLAH PAK bless him in all his good causes Ameen