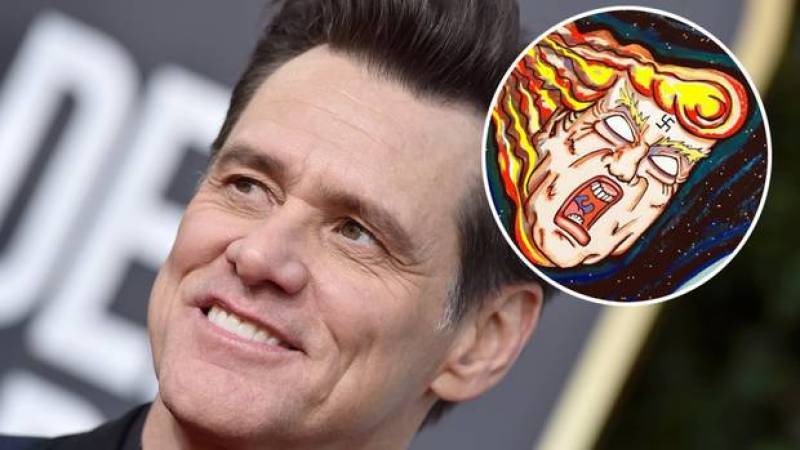 After initially paying tribute online (via a poignant self-portrait) to the victims of the shooting at the two Garden City mosques, the Canadian-born Hollywood actor then switched from grief to anger.

"Innocent people are now being slaughtered, families ruined and children's lives destroyed. All in his name," he posted on Sunday (US Time). above a cartoon depicting the 45th American President as a fiery comet screaming toward earth, with a swastika symbol emblazoned on his forehead.

"If the Craven Republican Senate allows this vile miscreant to continue encouraging divisiveness, the Trump Presidency will become an EXTINCTION LEVEL EVENT," the Eternal Sunshine of the Dumb and Dumber actor continued.

Innocent people are now being slaughtered, families ruined and childrens’ lives destroyed. All in his name. If the Craven Republican Senate allows this vile miscreant to continue encouraging devisiveness, the “Trump Presidency” will become an EXTINCTION LEVEL EVENT. pic.twitter.com/RW4cHF0WDq

People also reacted to the Ace Ventura actor tweet within no time. and the post got multiple likes and re-tweets in thousands. Let's have a look at some of the reactions :

Lol perfect example of someone who wouldn’t know hate even if it was the strongest trait of the person running their own country.

Jim doesn't. He only depicts.

This is true...this is only the beginning!

Trump's anti-Muslim stance is well documented. One of his first acts after taking office was to sign an executive order to put a travel ban place for a number of predominantly Muslim countries.

During his 2016 presidential campaign he told CNN's Anderson Cooper that "Islam hates us," and in the months prior, he told Fox News that Muslims were "sick people."