Pentagon chief arrives in Kabul from India on unannounced visit 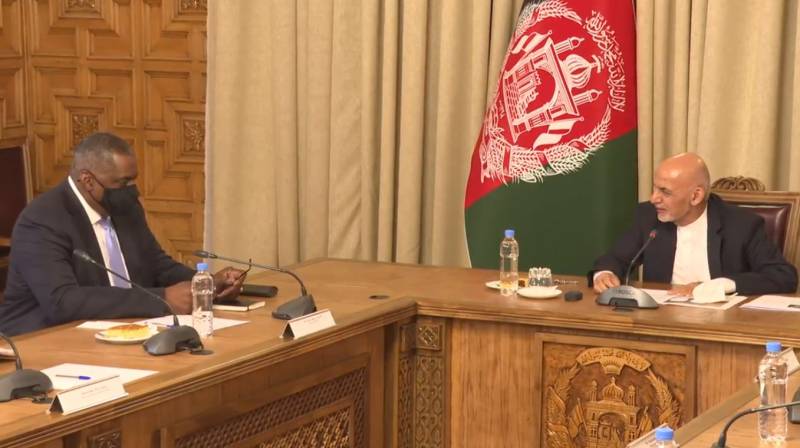 KABUL – United States Defense Secretary Lloyd Austin arrived in Afghanistan capital on Sunday on an unannounced visit, according to reports in international media.

Earlier this week, the defense secretary made a scheduled visit to India.

Austin arrived in New Delhi for a three-day visit on Friday, during which he had held talks with Indian Prime Minister Narendra Modi, National Security Advisor Ajit Doval, Defense Minister Rajnath Singh and Foreign Minister Subrahmanyam Jaishankar. The US Department of Defense did not mention its chief's trip to Kabul in the official agenda.

Washington is reviewing the agreement the Trump administration signed with the Taliban last year.

The Taliban warned America against defying the May 1 deadline at a press conference in Moscow, the day after meeting with senior Afghan government negotiators and international observers to try to jumpstart a stalled peace process to end Afghanistan's decades of war.

NPR reports that Washington has also given both the Taliban and the Afghan government an eight-page peace proposal which both sides are reviewing. It calls for an interim so-called "peace government" which would shepherd Afghanistan toward constitutional reform and elections.