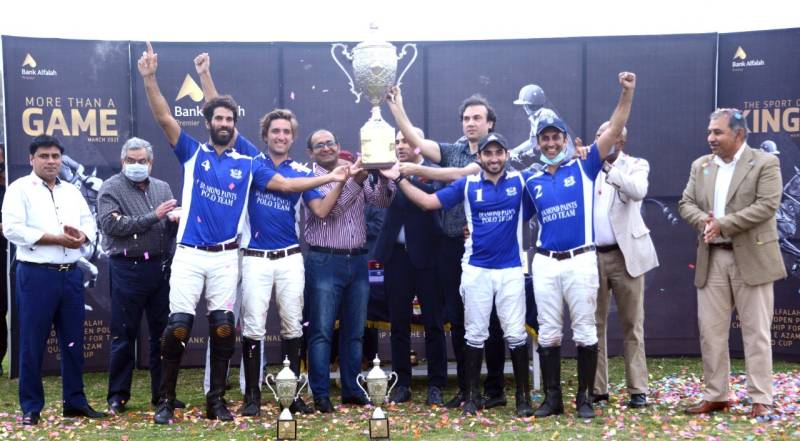 Diamond Paints were off to a flying start and maintained their lead till the end. The winning side dominated the first three chukkers well while BN Polo though made a good comeback in the fourth and fifth chukkers, but Diamond Paints also added crucial goals in their tally and when the final whistle was blown, Diamond Paints emerged as winners of the prestigious premier polo event of the country and also grabbed the glittering trophy.

Raul Laplacette emerged as top scorer from the winning side with a contribution of fantastic four goals while Saqib Khan Khakwani and struck a brace and Ramiro Zavletta hit one goal. From the losing side, Juan Maria Ruiz Tito and Eulogio Celestino banged in a brace each while Raja Mikail Sami scored one. The subsidiary final was won by Barry’s, who outpaced DS Polo/ASC by 7-4.

Lahore Polo Club President Omer Sadik thanked his entire team for successfully organizing the premier national tournament and especially expressed his gratitude to sponsors Bank Alfalah for supporting the game of kings and knights and especially sponsoring the most prestigious tournament of Pakistan “National Open Polo Championship 2021 for Quaid-e-Azam Gold Cup” and hoped that they would continue their support for this beautiful game.