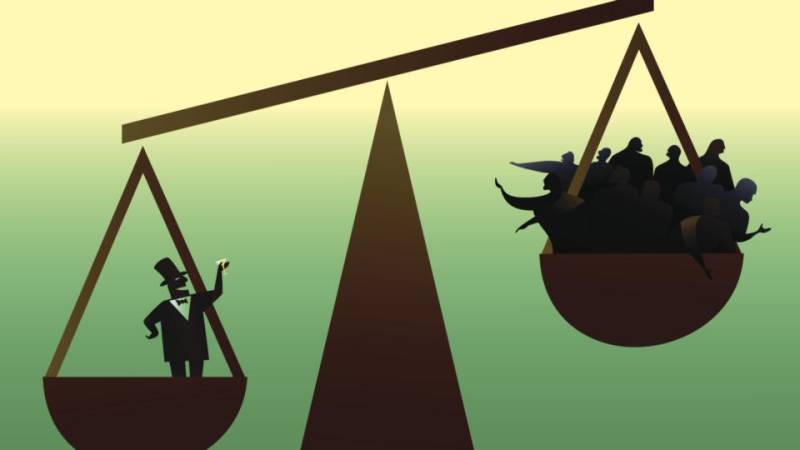 PARIS (Web Desk) - The gap between the rich and the poor keeps widening, the Organisation for Economic Cooperation and Development (OECD) says.

There is no standard measure of inequality, but most indicators suggest it slowed or fell during the financial crisis and is now growing again.

The OECD warns that such inequality is a threat to economic growth.

The report says this is partly because there is a wider gap in education in the most unequal countries, which leads to a less effective workforce.

OECD member states include most of the European Union as well as developed economies such as the US, Canada, Australia and Japan.

One of the factors that the OECD blames for growing inequality is the growth in what it calls non-standard work, which includes temporary contracts and self-employment.

The OECD says that since the mid-1990s more than half of all job creation in its member states has been in non-standard work. It says that households dependent on such work have higher poverty rates than other households and that this has led to greater inequality.

It also says that tax and benefit systems have become less effective at redistributing income.

On the other hand it says that one of the factors limiting the growth in inequality has been the increasing number of women working.

The report says that one of the few areas where inequality has not been growing in the last 30 years has been Latin America, although levels of inequality were much higher there to start with.

The main theory the OECD puts forward for why inequality and growth are negatively correlated is that poorer people invest less in their own education and self improvement - which is why its main anti-inequality prescriptions are government investment in skills and education, and a focus on a promoting better quality jobs.

Strikingly it isn't saying that the best way to greater equality and faster growth is to soak the rich. Instead it wants activism focused on raising the living standards of the poorest, especially the poorest 40%.

It calculates, therefore, that if living standards in the UK for poorer people were raised to the relative levels of France - that if so-called "bottom inequality" was reduced by half of a standard deviation (to use the jargon) - annual growth in national income or GDP would rise by 0.3% every year for 25 years.

That's not to be sniffed at. It would represent increasing our current growth rate by around 13%.

One of the best-known commentators on inequality is Prof Joe Stiglitz from Cloumbia Business School. He told BBC News that the problem was not just with lack of training and education.

"What we've seen, particularly in the last 15 years, is that even those who are college graduates have seen their incomes stagnate. The real problem is the rules of the game are stacked for the monopolists, the CEOs [chief executives] of corporations."

"CEOs today get pay that's roughly 300 times that of ordinary workers - it used to be 20 or 30 times. No increase in productivity justifies this change in relative compensation."

Behind the OECD averages there is a considerable range in the degrees of inequality in each country.

The Gini coefficient is a figure showing how well income is distributed across a country. A coefficient of zero would mean everybody was paid the same amount, while one would mean all the money was earned by one person.

The average across the OECD was 0.32. Chile had the highest at 0.50, indicating that income distribution there was the most unequal, while Denmark was the lowest at 0.25, making it the most equal. 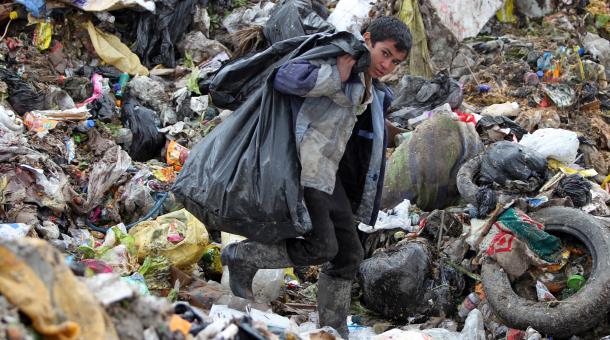 The UK and US were both near the top of the rankings with coefficients of 0.35 and 0.40 respectively.

One of the report's authors, Mark Pearson from the OECD, told BBC News: "It's not just income that we're seeing being very concentrated - you look at wealth and you find that the bottom 40% of the population in rich countries have only 3% of household wealth whereas the top 10% have over half of household wealth."

"So that combination of both wealth and income being very concentrated, it means there is no equality of opportunity in many societies and that undermines our growth."