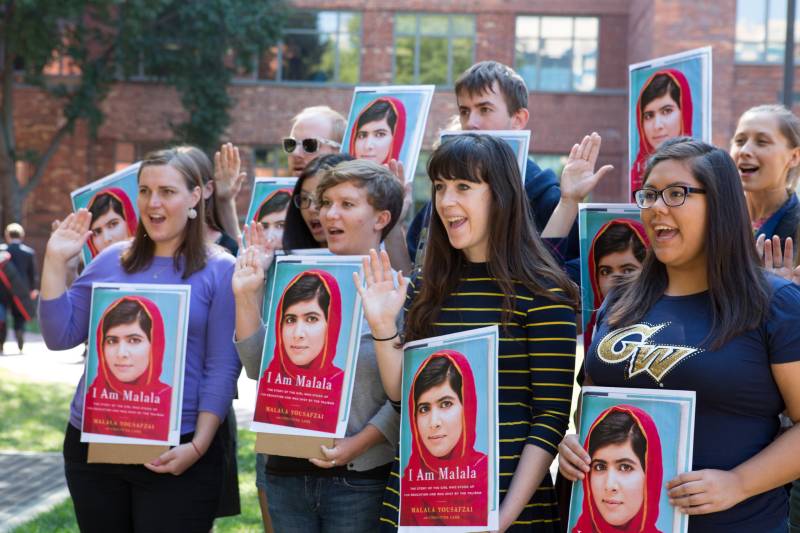 WASHINGTON (Web Desk) - In collaboration with the Malala Fund and Little, Brown and Company, the George Washington University’s Global Women’s Institute (GWI) has expanded its free, online resource guide - “I Am Malala: A Resource Guide for Educators” - which was originally intended for college-level students to include a supplement for high school students and teachers.

“Malala’s message of equality and the importance of education needs to be heard by people of all ages,” said Mary Ellsberg, director of GWI.

“By providing this additional material we are reaching more students at a crucial age, when they are starting to learn about the world around them and can take on the important role of being aware, global citizens,” she added.

According to the information provided by GW's Media Relations office, the guide focuses on eight themes:

The guide was originally developed for college-level students, it has been updated to include content for high school students and explain in detail the key terms and concepts encountered when reading “I Am Malala.”

The guide is designed so that teachers can choose the themes that apply to their subject and use the book in class.

The themes were designed by a group of GW faculty from the Elliott School of International Affairs, the Graduate School of Education and Human Development, the University Writing Program, the Elizabeth J Somers Women’s Leadership Program, the School of Media and Public Affairs and women’s studies and religious studies programs in the Columbian College of Arts and Sciences.

The curriculum guide first launched in November 2014 at an event attended by Malala’s father, Ziauddin Yousafzai, and Catherine Russell, US ambassador-at-large for global women’s issues. 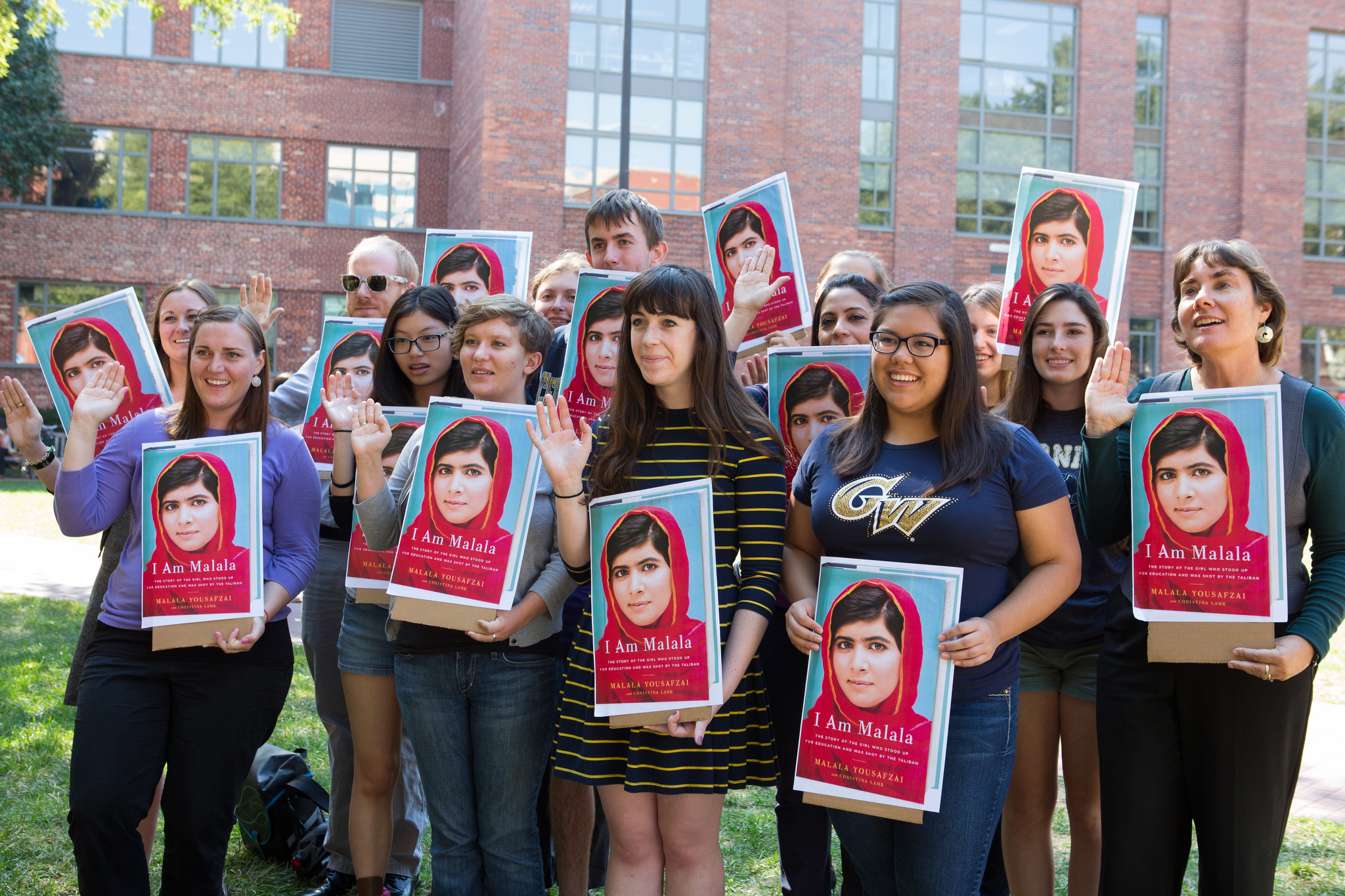 The Global Women’s Institute (GWI) at the George Washington University launched in 2012 as part of a university-wide initiative to advance gender equality through interdisciplinary research, education and civic engagement.

GWI leads and supports projects that will make a difference in the lives of women at home and around the world by promoting research that strengthens the global knowledge base on gender, investing in education that prepares the next generation of leaders and advocating for civic engagement to influence policymakers and raise awareness of women’s issues.

On October 9, 2012, Malala Yousafzai was shot in the face by an armed Taliban gunman in the Swat Valley of Pakistan. She was rushed in critical condition to a hospital, where she received lifesaving surgery and was, later, transferred to a hospital in Birmingham, England.

She recovered and, despite repeated threats on her life, she resumed her advocacy efforts on behalf of the right to an education for girls everywhere.

“I am Malala: The Story of the Girl Who Stood Up for Education and was Shot by the Taliban” tells the story of Malala Yousafzai’s childhood, her family, her own passion for learning influenced by her father’s belief in education for girls and her burgeoning activism, all set against the backdrop of a region in the throes of ethnic strife and political upheaval.

To expand the reach of Malala’s memoir and spread Malala’s message to young activists around the world, the Global Women’s Institute (GWI) of the George Washington University, in collaboration with the Malala Fund, developed a resource guide for high school, college and university students in the United States and around the world.

Building on the content of Malala’s memoir, the resource guide will support global efforts to mobilize women and men to address women’s and girls’ rights to an education.

Malala Yousafzai opens up about relationship with husband Asser Malik